An emotional David Warner has again apologised for his part in the ball-tampering incident, saying he’ll regret it for as long as he lives. Earlier this week, Warner apologised on his official Twitter account. 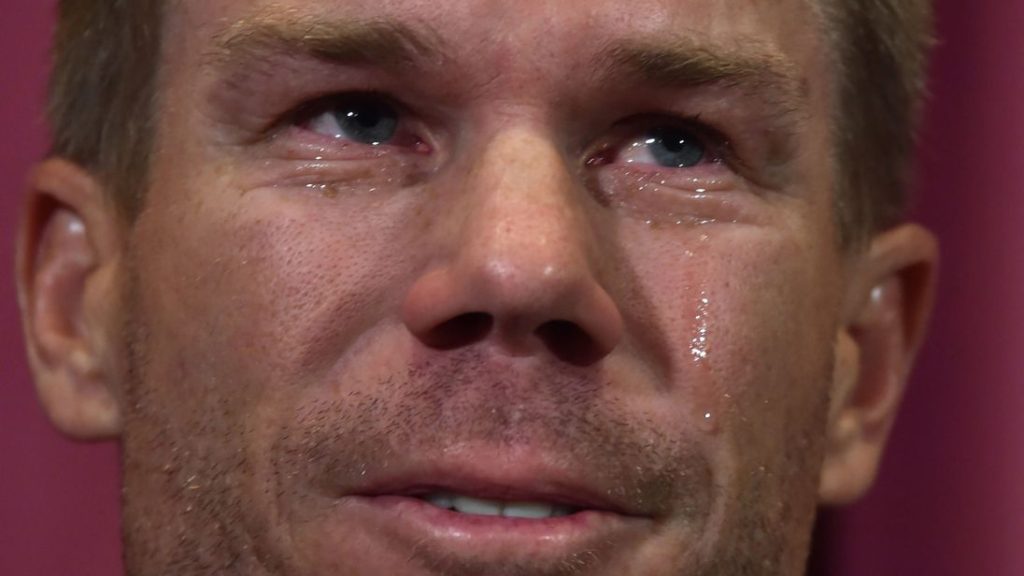 Despite an emotional address to the media, Warner stonewalled questions about who was aware of the ball-tampering and whether it was the first such incident within the team.

Smith and Cameron Bancroft, who received a nine-month ban for his role in the plan to tamper with the ball by using sandpaper during the third Test, had earlier apologised for their part in what happened.

Reading from a statement, an emotional Warner told a news conference: “To all Australians, cricket fans or not, I apologise for my actions and I am sorry for the impact those actions have had on our country’s reputation.

“It is heartbreaking to know I will not be taking the field with team-mates I love and respect and that I have let down.

“It is something I will regret for as long as I live.”