As it’s said, “Good deed needs no reason to think upon”. And small good action by you may be a life-changing for other.

And proving the same actions, and affirming our belief in humanity, a man donated his shoes to a person wearing tattered one.

Recently in Chicago – where the sub-zero temperatures are sending chills down people’s spines – a heartwarming act of good deed was captured by resident Jessica Bell. In the story she shared on Facebook, a young man gave away his snow boots to a homeless man who was wearing torn gym shoes.

“His feet are so swollen he’s wearing the tattered gym shoes he has with the back folded down; like slip-ons. I don’t know how many pairs of socks he’s wearing in an attempt to keep his feet warm but there is blood seeping through.”

After noticing the homeless man, another young man Maurice Anderson quietly took off his snow boots and gave them to the former. Anderson also gave the homeless man a pair of new socks from his suitcase. 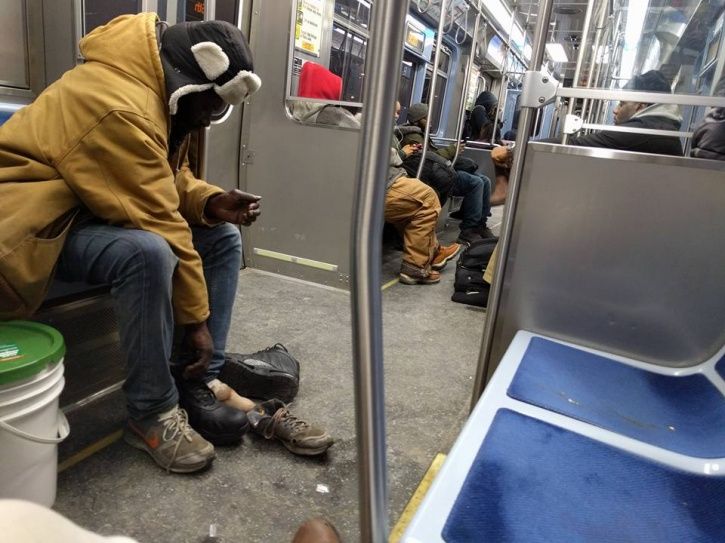 “The young man puts on a spare pair of shoes from the suitcase. These shoes are nice too, but not as nice as the boots. They would have fit the old man just as well, but they were not what this old man needed.”

Jessica’s post has gone viral on Facebook with over 10,000 shares and 19,000 reactions. One user wrote, “The best story I have read in a long while. God Bless him.”

Anderson showed everyone how easy it was to part with one’s small item of luxury and share it with someone who doesn’t own any. Anderson proved that with every good deed, we can make the world a better place – a place where the ideals of peace and brotherhood are upheld without any malice.