The Slovenian-born parents of US First Lady Melania Trump became US citizens at a naturalization ceremony in New York on Thursday, completing a years-long immigration process even as President Trump has called for new
laws to bar Americans from sponsoring parents and other relatives.

Donald Trump has railed against what he calls chain migration which the President contends has resulted in fiercer competition for blue-collar jobs for native-born Americans and introduces increased national security concerns.
It is not known whether the 48-year-old First Lady had sponsored their permanent residency.

The Republican President argues that the system steals jobs from Americans and threatens national security, calling for a merit-based system that preferences more educated, English-speaking professionals. 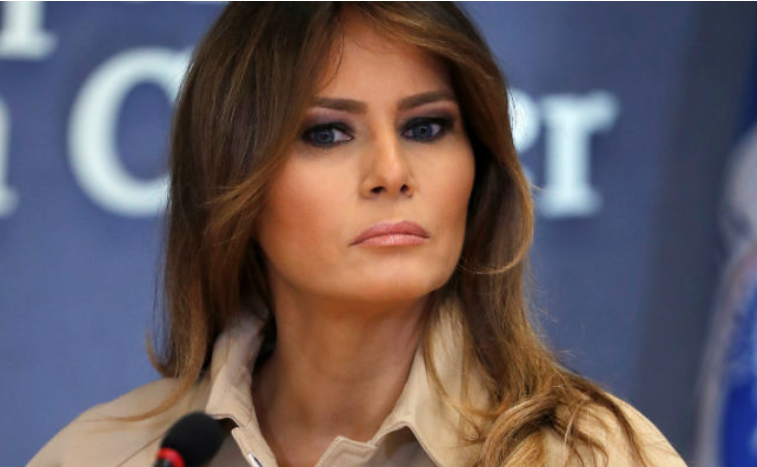 Trump’s father-in-law, Viktor Knavs, a car salesman in Slovenia, and Amalija, who worked in a textile factory, are over 70 years old, retired and pass much of the year in the United States, where they regularly spend time with their daughter and grandson Barron.

Michael Wildes, an attorney for Viktor and Amalija Knavs, who had been living in the country as legal permanent residents after leaving their native Slovenia, confirmed that his clients took the oath of citizenship.

The Washington Post first reported in February that the Knavs had gained legal permanent residency and that legal experts believed it was likely that the first lady had sponsored their applications for family-based green cards.

Wildes said the Knavs satisfied the requirement that permanent residents hold their green cards for five years before they can apply for U.S. citizenship. It is unclear when the Knavses first moved to the United States, but by late 2007, Viktor Knavs was listed in public records as residing at Mar-a-Lago, Trump private club in Palm Beach, Florida.

The Knavses received no special treatment because of their relationship with the first family, Wildes told reporters in New York.

The application, the process, the interview was no different than anybody else, other than the security arrangements to facility today, he said. This is an example of it going right. They’re very excited.

Questions about the couple immigration status intensified last year as Trump mounted a push to slash legal immigration, including provisions to constrict the ability of U.S. citizens from sponsoring their parents, adult children and siblings for green cards.

In fiscal 2016, the United States granted nearly 1.2 million green cards, of which 174,000 went to parents of U.S. citizens, according to the Department of Homeland Security.

Studies have shown, however, that immigrants have boosted the economy and commit crimes at lower rates than the native born.

Critics said the Knavs ability to secure green cards and citizenship smacks of hypocrisy given the president hard-line immigration stance.