Virat Kohli has thanked Sachin Tendulkar after the latter wrote the profile of the current Indian cricket team skipper in TIME’s 100 most influential people list, on Friday.

Kohli is one of the only two sportsperson outside of the USA to feature in this illustrious list. Kohli took to social media to thank Tendulkar and he wrote: “Thank you @sachin_rt paaji for such warm and encouraging words. Truly honored for being able to make it to the @Time’s 100 list. #Times100 #grateful.”

Thank you @sachin_rt paaji for such warm and encouraging words. Truly honored for being able to make it to the @Time's 100 list. #Times100 #grateful 🙏😇

Earlier, Sachin had heaped praise on the Kohli in his profile and he had written: “The U-19 World Cup in 2008 was very important for India, as it would define the next bunch of youngsters who would go on to represent the nation. That was the first time I watched this young, passionate player lead India.

“Today Virat Kohli is a household name and a champion in cricket. Even back then, his hunger for runs and consistency was remarkable, something that has become the hallmark of his game.”

“Every sportsman knows what it’s like to have good spells and bad ones too. Virat took the criticism he faced during a disappointing West Indies series and returned home with a goal: to improve not only his technique, but also his fitness level. He’s never looked back.” 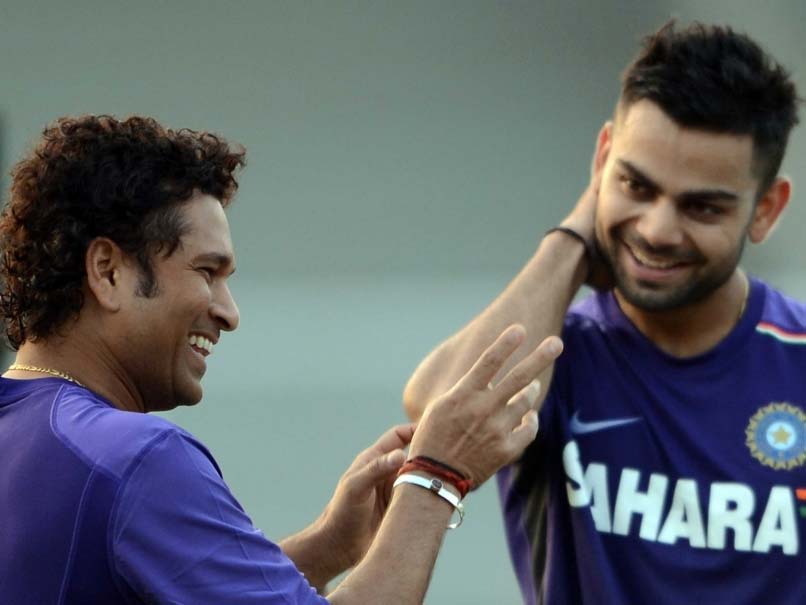 “My father always told me that if I focused on what I was doing, over time, detractors would become followers. Virat seems to have a similar outlook when it comes to his game.

“I wish him all the best for his career ahead and am confident he will continue to bring pride and glory to India through cricket. Go Virat!”.