Anushka Sharma and Virat Kohli returned to Mumbai on Wednesday from Bengaluru, where they celebrated Anushka’s 30th Birthday (on May 1) and Virat played an Indian Premier League match against Mumbai Indians. The couple was spotted at the arrivals section of the airport – Anushka looked chic in black trousers paired with a sleeveless mustard top while Virat opted for track pants and basic brown tee. Anushka also attended Virat’s last match (he’s the captain of Royal Challengers Bangalore) against Mumbai Indian, which RCB won. Anushka and Virat had also shared snippets from the Pari actress’ birthday celebrations in Bengaluru.

But first, take a look at their airport photos: 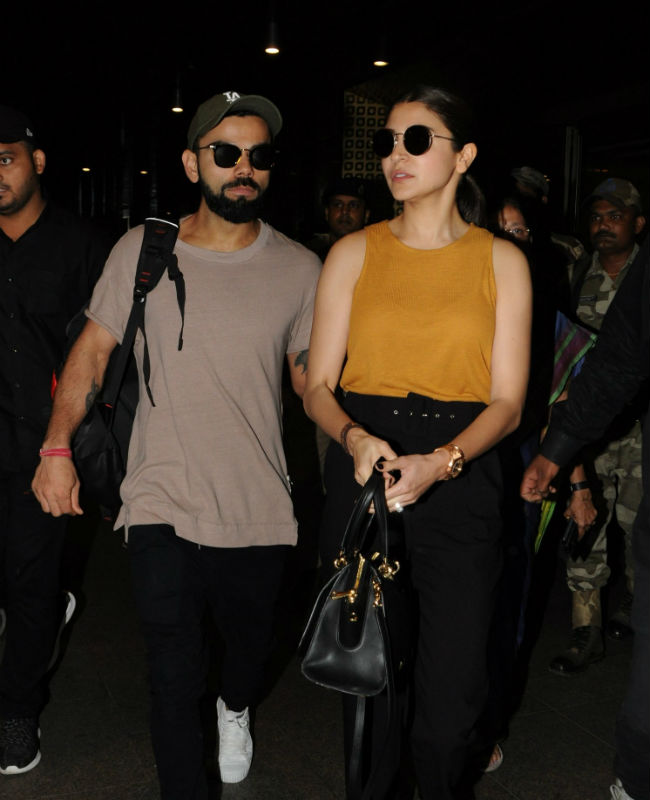 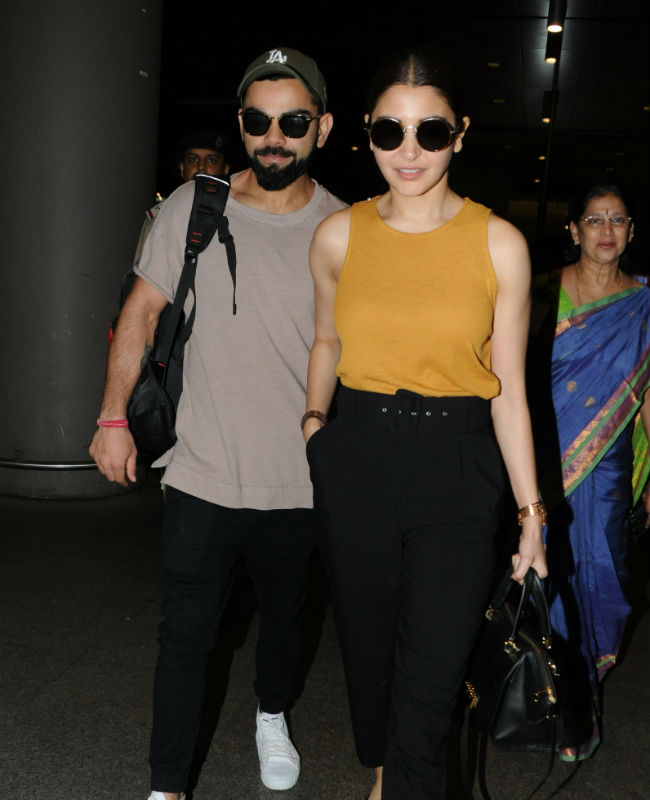 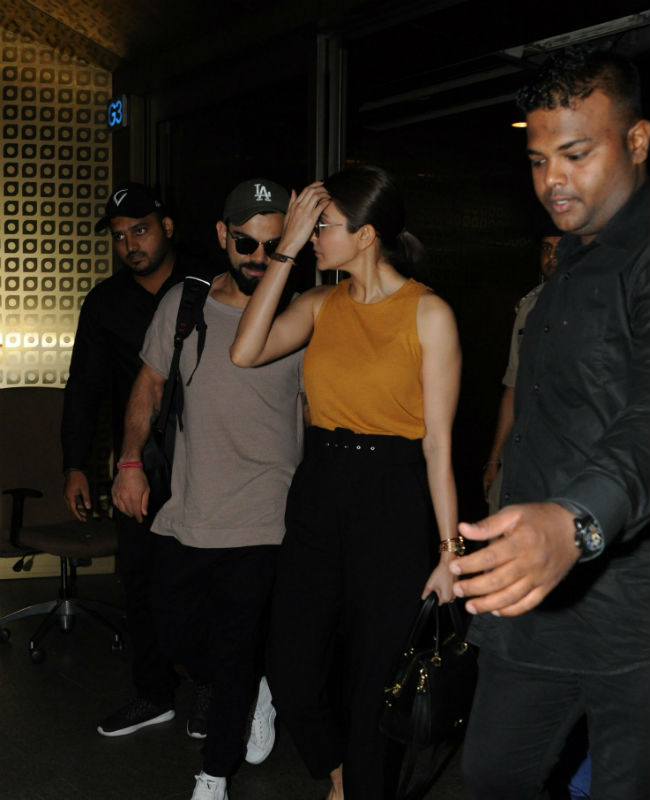 On her birthday, Anushka posted an adorable picture of them celebrating by cutting no less than three birthday cakes in a beautifully decorated room. “Best birthday with the bestest, kindest, bravest man in the world. Love you for making it so special my love,” she captioned it.

Best birthday with the bestest, kindest, bravest man in the world . Love you for making it so special my love ❤ !