Sachin Tendulkar had a very special message for young Prithvi Shaw after the latter received his maiden Test call-up for Team India.

An eight-year old tweet by veteran Mumbai-based cricket journalist Makarand Waingankar was making the rounds on social media on Wednesday. In a remarkably prescient post, Waingankar observed on 18 May, 2010 to “watch out” for a 10-year old boy called Prithvi Shaw who was “dealing in hundreds and double hundreds”, signing off by calling him an “Amazing kid”.

Watch out for 10 year old Bengali boy Prithvi Shaw from Mum who is dealing in hundreds and double hundreds. Amazing kid.

Shaw has a number of feathers to his cap. From breaking school records at a young age to captaining India U-19 to a World Cup win in New Zealand earlier in 2018, Shaw has come of age as a player. But none of his achievements so far are world records or firsts.

Ten years ago, one of my friends asked me to take a look at a young Prithvi,” Tendulkar said in a live interaction with fans on his app 100MB. “He asked me analyse his game and see if there anything he could work on. I had a session with him and gave couple of pointers on how to improve his game. I told my friend later that he is going to go on and play for India.”

“I asked him not change his grip or stance, irrespective of any future instructions from his coaches. If anyone asks him to do so, tell them to come talk to me. Coaching is good, but overcooking a player with tweaks is not.”

Prithvi’s guide and mentor through this time has been his father Pankaj. Ever since Prithvi lost his mother at the age of 4, Shaw Sr. has played a key role in shaping Prithvi’s career. He shut his business down to focus on his young son’s cricket, dropping and picking him every day from the academy – the Middle Income Group Cricket club (MIG). This meant a daily travel of more than three hours daily to reach the ground at 7 am. 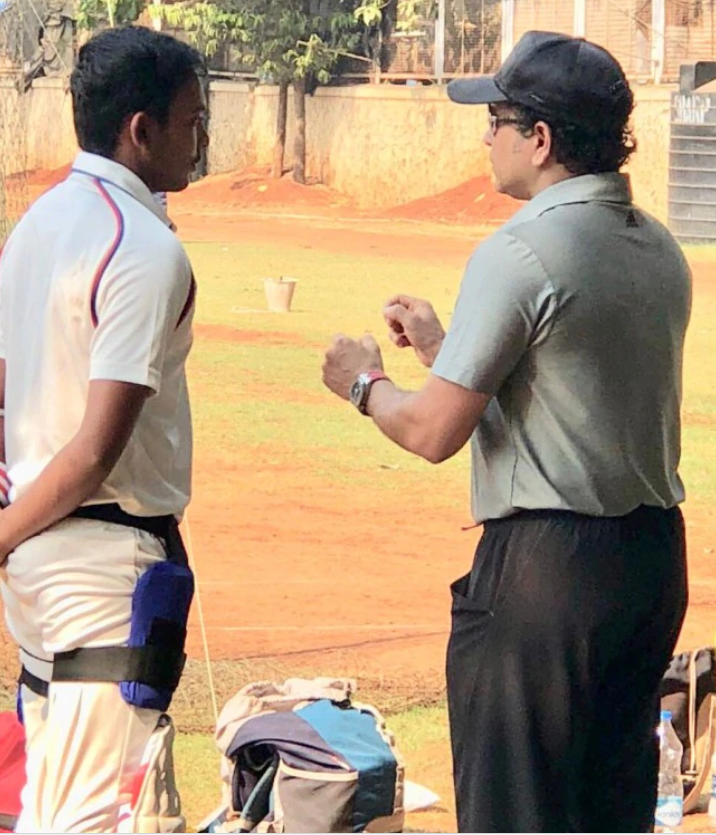 Tendulkar is happy that he saw the spark when he watched the Shaw bat for the first time.

“Around ten years ago, one of my friends asked me to take a look at the young Prithvi. He asked me analyse his game and give him some advice. I had a session with him and gave couple of pointers on how to improve his game,” Tendulkar said.