Cricket and Bollywood are two national obsessions in India, and there are no two ways about it. But if there’s something that drives the country nuts, it’s the marriage of two.

Actually, scratch that. Reports say that the romance has been brewing for 2 years now, and before you hurl at us for keeping the names from you, it’s Indian cricket team coach Ravi Shastri and Airlift actress Nimrat Kaur. That’s right. 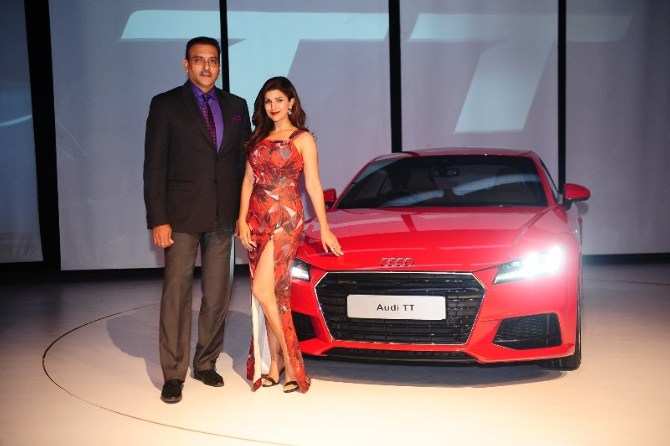 According to Pune Mirror, the duo has been dating each other for two years now and has successfully managed to keep the news under the wraps. Up until now of course. Wondering where you have spotted them together? Well, both Shastri and Nimrat were roped in by a German luxury carmaker to launch its cars every year since 2015.

On the work front, Shastri is currently in the UK where the Indian team is playing a Test match against England. and Nimrat has been filming a popular web-series. And we wish both a great inning of partnership!

Interestingly, since 2015, both Nimrat and Ravi have been roped in by a popular Germany luxury car brand as their faces to launch its cars every year. For the uninitiated, Ravi had tied the knot to Ritu Singh in the year 1990 and the report suggests that he now estranged from his wife for a long time now.