As of now, just a few days are remaining before Finance Minister Arun Jaitley on the floors of parliament would deliver India’s Union Budget 2018.

Most of the political parties are terming it as a report card for the Goods and Service Tax exam for Narendra Modi government making it look like an acid test. The budget discloses the government’s future expenses intended to boost the economy and bring stability through tax proposals.

That’s the simplest way to put it. But one must wonder Why do we need a budget? How is it prepared? Why is it so important? So, keep your reading machines on and burning to know most of the interesting fact related to Union Budget of India.

The first step towards answering the questions is questioning the existence of the question itself, so here we are, What does the word ‘Budget’ mean?

The word Budget is derived from the Middle English word ‘bowgette’, derived from ‘bougette’, which means a leather bag in the French language. According to Article 112 of the Indian Constitution, the Union Budget is a statement of the estimated receipts and expenditure of the government for that particular year. Independent India’s first Budget was presented in 1947.

As you now know what does the Budget mean, let’s now know how India’s budget is made.

To make the budget, Finance Ministry collects receipts and expenditure information from various departments, holds discussions with industry bodies, and prepares revised estimates. The process takes place in complete secrecy with scrutiny by the Intelligence Bureau and the budget is printed at the North Block in Delhi. Officials are kept in isolation for over a week before the presentation.

So, now who presented Independent India’s first ever budget? 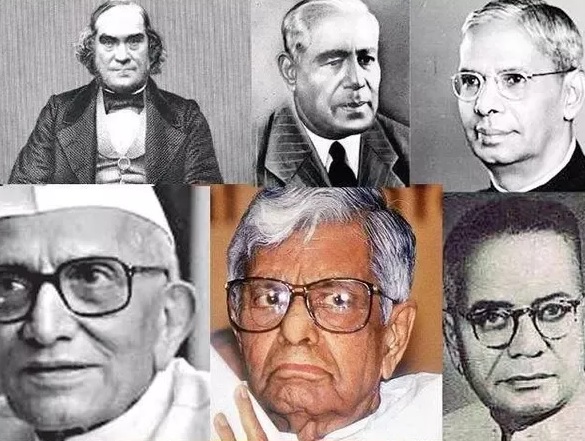 On November 26, 1947, R.K. Shanmukham Chetty had presented the first budget of Independent India. But actually, it was a review of the economy and no new taxes were proposed as the budget day for 1948-49 was just 95 days away. 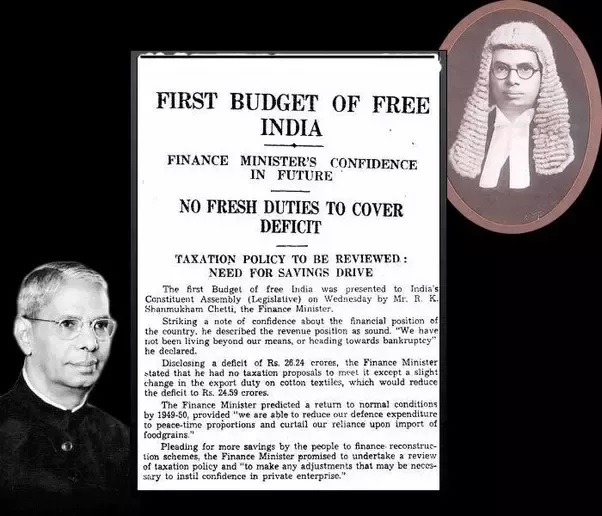 From then onwards an interim budget began to mean a budget for a short period.

Chetty resigned a few days later due to differences with Prime Minister Nehru. 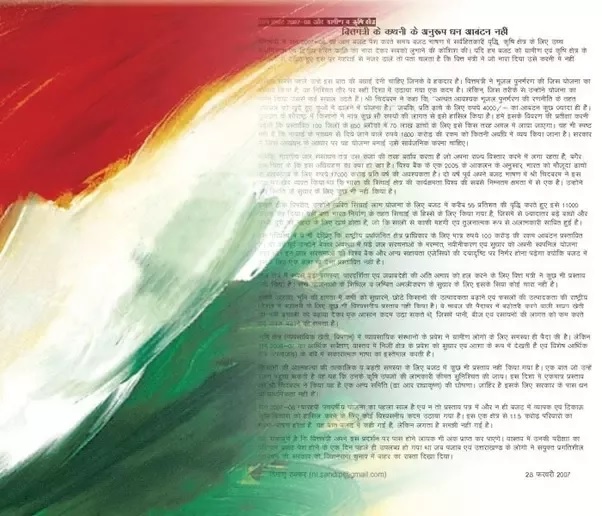 K.C. Neogy then took charge of the Finance portfolio and held that office for just 35 days.

John Mathai became the third Finance Minister of India presenting the budget for 1950-51, the first budget for the Republic of India. 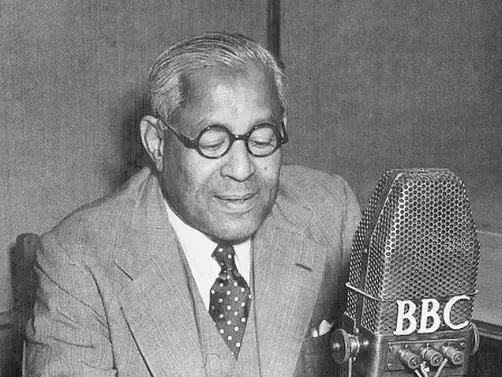 John Mathai who, in 1949-50, delivered the most lucid Budget Speech as he took the decision not to read out all the details telling members that a White Paper with all details were being circulated. He then gave a mini-lecture on inflation and economic policy.

Even with John Mathai, Nehru had differences and forced him to resign.

Budget papers were first prepared in Hindi in 1955-56

CD Deshmukh, while introducing the budget for the year 1955-56 as the Finance Minister, circulated the Hindi version of the Budget Speech for the first time. Hindi versions of the Annual Financial Statement and the Explanatory Memorandum were also circulated since that year. Notably, CD Deshmukh was the first Indian Governor of the Reserve Bank of India.

The biggest problem for his successor, CD Deshmukh, was finding money for the Plans which meant higher taxes. In one Budget Speech, he tried to buck up taxpayers with the story of a letter he claimed he had got from a villager who paid no taxes but wanted to help.

Deshmukh said, “He has remitted a sum of Rs 5 to me and has promised to remit a similar sum every year… so long as the common run of our people can produce men and women with this spirit, this country can face the future, however difficult it may be, with confidence.”

It is not recorded if this made taxpayers happier to pay rather more than Rs 5.

Next, TT Krishnamachari, who replaced Deshmukh was an industrialist who, strangely enough, had a lot of enthusiasm for taxation. 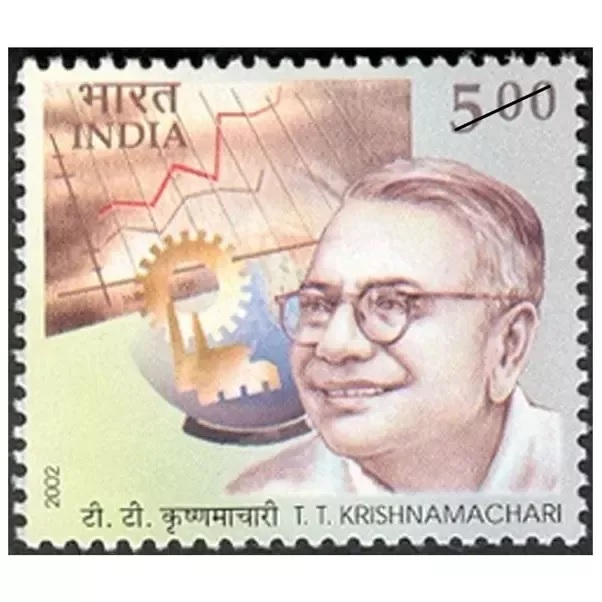 In 1957, he invented two new levies, a wealth tax and an expenditure tax, and sternly told those who had to pay these to display some patriotic spirit: “I am one of those who also believe that the greatest advances towards economic equality and positive social improvement are made in difficult times when the conscience and the solidarity of a people are raised to the highest pitch.”

Jawaharlal Nehru was the first PM to present Union Budget

Jawaharlal Nehru was the first Prime Minister to present the Union Budget when he was also the Union Finance Minister, in the financial year 1958-59. Only Jawaharlal Nehru, Indira Gandhi and Rajiv Gandhi have presented the Budget while serving as the PM.

Rajiv Gandhi presented the budget for 1987-88 after V P Singh quit his government, and in the process became only the third Prime Minister to present a budget after his mother and grandfather.

He has presented the maximum number of budgets so far- ten. They included five annual and one interim budget during his first stint and three final and one interim in the second tenure when he was both Finance Minister and Deputy Prime Minister.

Morarji Desai was the only Finance Minister to have had the opportunity to present two budgets on his birthday – in 1964 and 1968. He was born on February 29.

After the fourth General Elections in 1967, Morarji Desai once again became the Finance Minister. This was his second stint.

Morarji Desai relished levying taxes. In 1968 he said: “I now come to the much dreaded part of my Budget speech. I trust Honourable Members will not take me to task if the proposals do not fulfill the expectations of dread…

A deficit of this kind is usually an invitation to an FM to sharpen his knife…I propose to engage myself essentially in a minor operation of plastic surgery-taking out a little flesh here and adding a little bit there.”

Desai was the first to make the Budget into a big opportunity for publicity for the FM and also the first FM with serious aspirations for PM’s seat. 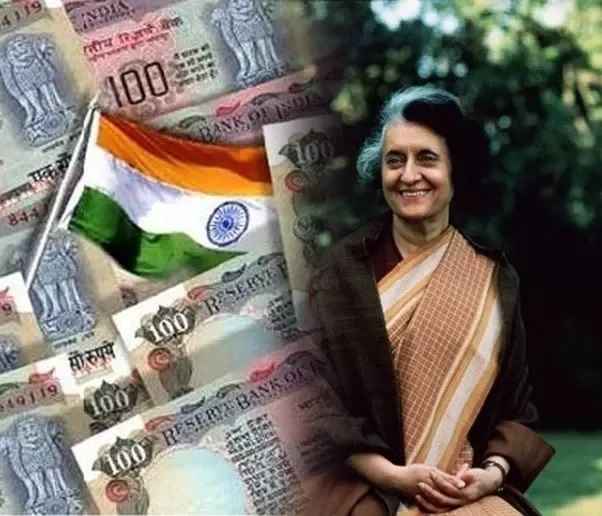 Yashwant Sinha became the Finance Minister and presented the interim budget for 1991-92.

In the election held in May 1991, the Congress returned to power and Shri Manmohan Singh became the Finance Minister.

This was the first occasion when the interim and final budgets were presented by two ministers of two different political parties.

Manmohan Singh is the most reticent of men, but in his first Budget Speech of 1991, he made some uncharacteristic personal remarks that recalled his own history: “I was born in a poor family in a chronically drought-prone village which is now part of Pakistan. University scholarships and grants made it possible for me to go to college in India as well as in England.

This country has honoured me by appointing me to some of the most important public offices of our sovereign Republic. This is a debt which I can never be able to fully repay. The best I can do is to pledge myself to serve our country with utmost sincerity and dedication. This I promise to the House.” 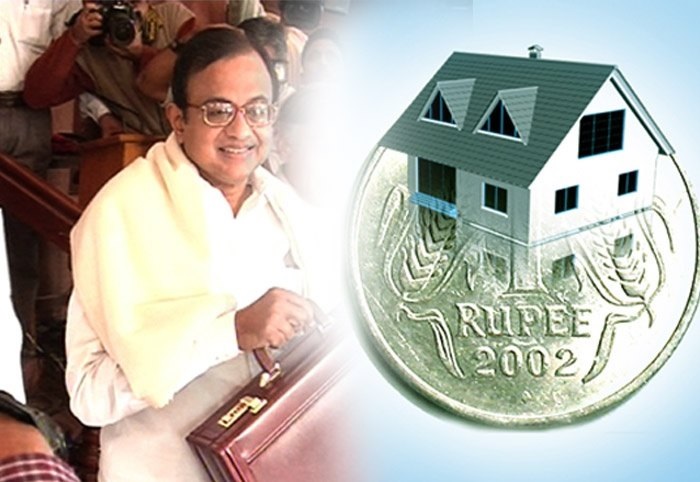 After the elections another non-Congress ministry assumed office.

So, a final budget for 1996-97 was presented by Shri P. Chidambaram of the then Tamil Maanila Congress. It was the second time that an interim and final budgets were presented by two ministers of different political parties.

Following a constitutional crisis the I.K. Gujral Ministry was on its way out and a special session of Parliament was convened only to pass Shri Chidambaram’s 1997-98 budget. It was passed without a debate…….really without debate in democracy.?

You must have surely heard leaks of exam papers, entrance exams , and more common nowadays, movies, but this list a great old candidate, you read it right below, the Union Budget Itself. The Union Budget was leaked in 1950

In 1950, a certain portion of the Union Budget was leaked. After the leak, the Budget printing venue was shifted from the Rashtrapati Bhavan to a press on Minto Road. In 1980, a government press in the North Block’s basement became the permanent place for Budget printing. To avoid leaks, officials stay in the press till the speech is over.

Why was the 1973 budget called the ‘Black Budget’?

The Union Budget for 1973-1974 is referred to as the ‘Black Budget’ as India had a deficit of ₹550 crore. The Budget was presented by then Finance Minister Yashwantrao Chavan. Chavan in his Budget speech stated that a deficit of this order was inescapable due to the difficult situation caused by the drought and the resultant shortfall in food grains. 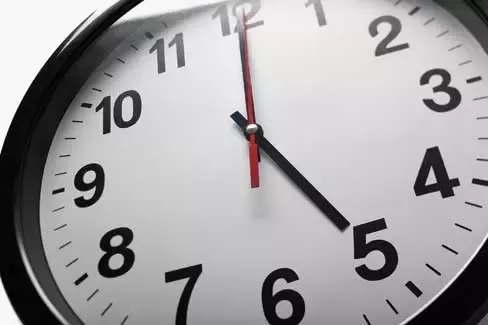 The Budget was presented at 5 PM as a practice inherited from the pre-independence era. This lead to simultaneous presentations of the Budget in India and UK. Others believe that this was done to provide relief to officials who worked all night to prepare the statement. Former Finance Minister Yashwant Sinha first presented the Budget at 11 AM in 2001.

How are officials kept in complete secrecy during Budget? 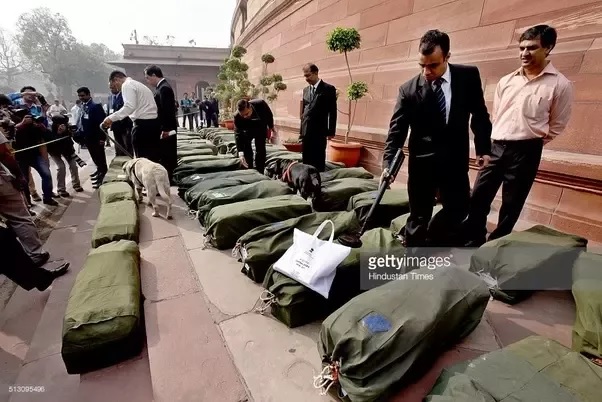 As Budget printing at the North Block’s basement in Delhi begins, officials are isolated from the outside world for over a week to maintain secrecy till Finance Minister delivers the speech. A single phone is available on which the families of officials can leave a message. Budget is usually handed over to printers at midnight, two days before its announcement.

Why does the FM carry a briefcase on Budget day?

The tradition of carrying a Budget briefcase can be traced back to the British, who carried a ‘Budget box’ on every Budget Day since 1860. The practice reportedly started when Britain’s budget chief was asked to ‘open the budget’ while presenting the statement. The practice was introduced in independent India by the first Finance Minister RK Shanmukham Chetty in 1947.

Where are the Budget papers printed? 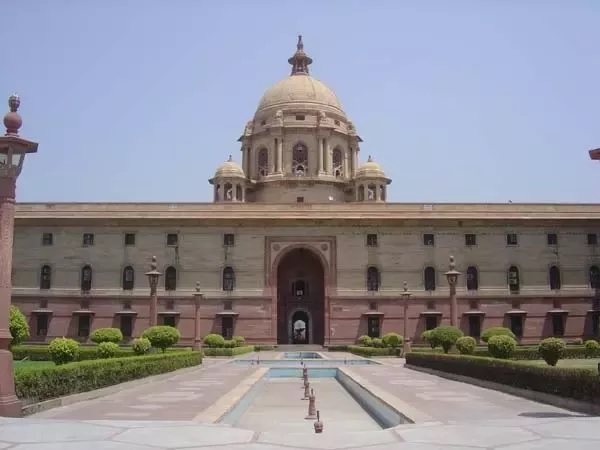 The Budget was initially printed at the Rashtrapati Bhavan but in 1950, it was leaked and the printing venue shifted to a press at the Minto Road in Delhi. In 1980, a special government press in the North Block’s basement became the permanent place for printing the Budget. The officials stay in the press till the speech is over.

Arun Jaitley takes part in Halwa ceremony ahead of Budget 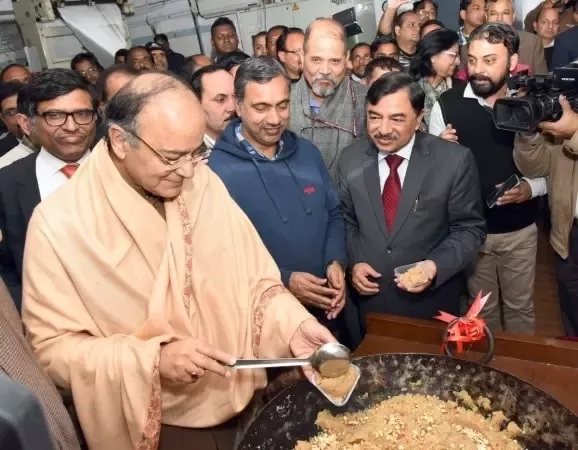 Finance Minister Arun Jaitley took part in the ‘Halwa’ ceremony on Thursday, which marks the printing of documents for the forthcoming Budget. As a ritual, ‘halwa’ is prepared in a big ‘kadhai’ (frying pot) and served to the ministry’s entire staff. Over 100 officials will now stay in Budget printing press till Jaitley’s budget speech on February 1 gets over.

Only two Finance Ministers did not present the Union Budget

KC Neogy and HN Bahuguna have been the only two Finance Ministers who did not present India’s Union Budget. This was because they held office for such short durations in between two budget days that they had no occasion to present a budget. Notably, Neogy, who was India’s second Finance Minister, held the office for just 35 days.