Indian examinations are far from perfect. Remember mugging up for a tough paper and knowing full well that the subject is going to be hard to clear? Then we’d resort to other wishful thinking like hoping the exam would get cancelled. Or thinking of elaborate plans to threaten the safety of school so the exam would be postponed. Or wishing that the exam paper is full of mistakes so we’d get concessional marks all around.

Well, that is what probably happened in an examination for J&K’s government recruitment examination. The question paper of Jammu & Kashmir Government’s Service Selection Recruitment Board (SSRB) had a major goof-up.

Mind you the mistake wasn’t an errant typo – it was a mistake of political and historic proportions!
The question was as follows :

Jammu and Kashmir has an international border with China in the north and east, and the Line of Control separates it from the Pakistan-controlled territories of Azad Kashmir and Gilgit-Baltistan in:

a) north and north-east respectively

b) south and south-east respectively

The question claims the portion of Kashmir illegally occupied by Kashmir as Azad. This opens a can of whole other worms that the students were not ready to face. 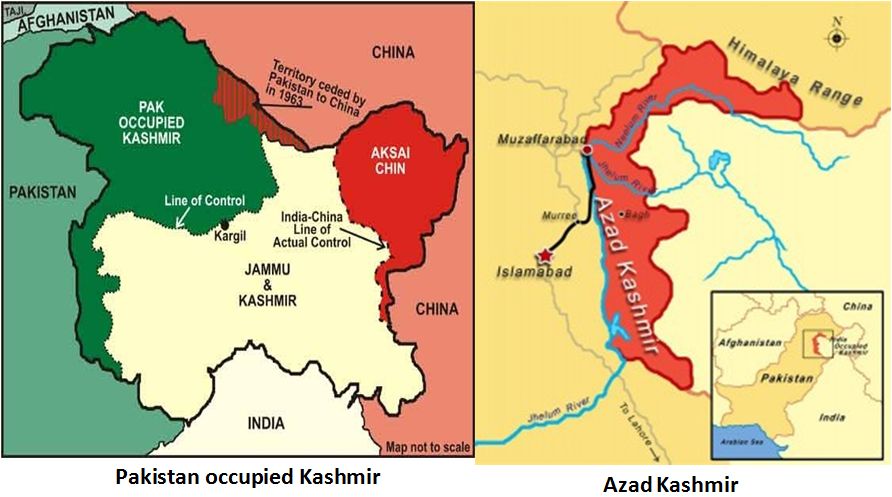 When the students objected to the use of Azad Kashmir, the SSRB chairman stated that the matter would be further inquired.

The question is to be deemed incorrect and the full marks will be awarded to students who have attempted the said question.

Never has an exam question tested your nationality more than this, I’d say.