The day after the pronouncement on the Blackbuck case in which the Bollywood superstar – Salman Khan – stands convicted, his bail plea is now been suspended for hearing on Saturday.

While pronouncing the judgment, the court acquitted other four co-actors, Sonali Brande, Saif Ali Khan, Tabu, and Neelam who were previously accused under the sections 9/51 of the Wildlife Protection Act. The incident took place in Kankani village near Jodhpur on October 1-2, 1998 during the shooting of the Bollywood film Hum Saath Saath Hain. 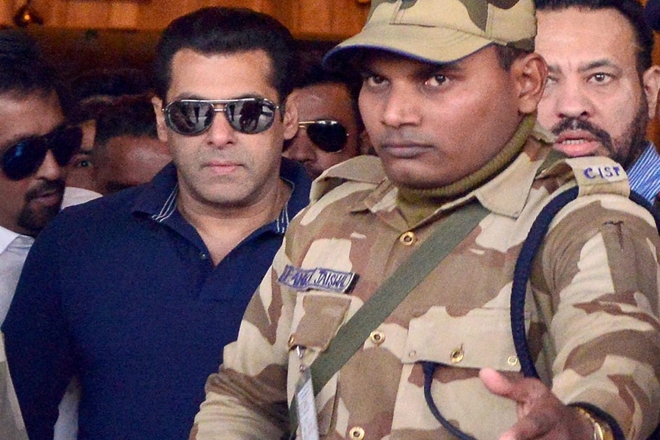 Soon after the judgment came, Salman Khan was rushed to the ward number 2 in the Jodhpur Central jail on Thursday. According to the DIG (jail) Vikram Singh, multifaceted securities had been placed for Salman Khan. According to him, he also underwent a medical test, but not had faced any issues. It is opined that he may apply for the bail in the same court if the jail sentence has been less than three years. It was informed that hearing of Salman Khan’s bail application would be approached on Friday. Though it is recently informed that this hearing has been postponed to next day, Saturday. As a result, he has to spend one more night in Jodhpur Jail which will be his 5th stay in the blackbuck case. 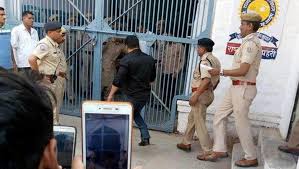 The trial of this case has been running for 19 years, and now 0ur eminent B-town tiger has three big movie projects lined up that includes, Race3, Bharat, and Dabangg 3. Trade analyst said the Rs 4 to 5 billion on these films might be affected only because of his sentencing. The appreciators of Salman Khan are looking forward to the tomorrow’s result whether their tiger will be caged or not.

Meanwhile, the Jeev Raksha Bishnoi Sabha amplified their voice against the court decision of absolving other co-accused in this case.