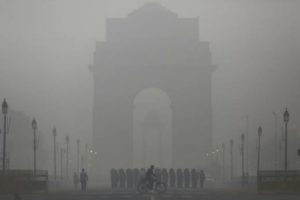 Delhites woke up to an alarming air quality a day after Diwali.Despite a Supreme Court ban on the bursting of crackers after 10 pm on the night of Diwali, many people didn’t heed to the court’s order even half past midnight. As a smog gaze engulfed the city today morning, Delhi Pollution Control Board have indicated that the air quality swayed between ‘very ‘poor’ and ‘hazardous’ in and around Delhi.

The Supreme Court have given permission for bursting of crackers between 8 pm and 10 pm on the night of Diwali and have allowed manufacturers to sale only ‘green crackers’which have lower light and sound emission as well as lesser harmful chemicals. 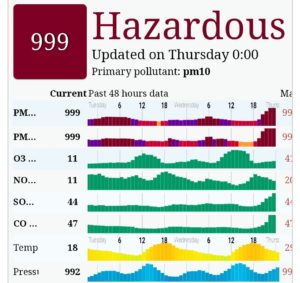 Inspite of the Supreme Court’s order and guidelines from the Delhi Pollution Control Board, Delhites didn’t adhere to any order or guidelines. Year after year, the pollution caused by the pompous extravaganza during such festive celebrations have triggered asthma and other respiratory ailments.Yet,very few have compliant with the instructions of the authorities.

The air pollution is predicted to spike today between 11 am and 3 am, according to a study conducted by research institute on meteorology,Safar. Officials said that a total of 209 calls were received by the Delhi Fire Services on Diwali which included a huge fire breakout in a factory in Bhawana whilst 89 calls were for fire incidents in garbage and dump yards and those involving electric wires at factories and residential areas. 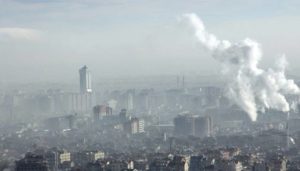 Localities namely Anand Vihar, ITO and Jahangirpuri indicated very poor quality whiltst areas such as Mayur Vihar Extension, Lajpat Nagar, Lutyens Delhi, IP extension, Dwarka, Noida Sector 78 among others were said to have violated the Supreme Court’s order and were heard bursting high volume crackers way past midnight. The police have said that they would take action against those violating the apex court order.