American President, Donald Trump has issued a stern warning to the world, a day after reimposing sanctions on Iran following the United States’ exit from the nuclear accord.

The President tweeted that the restrictions on the Middle Eastern nation’s trade and access to US currency were “the most biting sanctions ever imposed.”

“I am asking for WORLD PEACE, nothing less!” he added.

European allies said they “deeply regret” Trump’s move, as they struggle to keep the 2015 pact alive.

The European Union’s foreign policy Chief encouraged companies to do more business with Tehran, saying it had met its side of the deal by freezing its nuclear program.

“We are doing our best to keep Iran in the deal, to keep Iran benefiting from the economic benefits that the agreement brings to the people of Iran because we believe this is in the security interests of not only our region, but also of the world,” said Federica Mogherini.

Trump on Monday signed an executive order to reimpose the sanctions, after announcing America’s withdrawal from the nuclear accord in May.

The agreement, negotiated by Barack Obama alongside Germany, France, the United Kingdom, Russia and China, lifted sanctions on Tehran in return for a halt to its nuclear development.

On Tuesday morning, the US reinstated sanctions limiting Iran’s access to US currency and blocking its trade in sectors including precious metals, cars, carpets and food.

Harsher sanctions will follow on November 5, when the US will seek to cut off Iran’s oil exports and block shipping.

They will remain in place unless Tehran ends its support for extremists and its enrichment of uranium, according to US officials.

Iran attacked the move as “American bullying”, saying the US was “isolated” in its hostility. 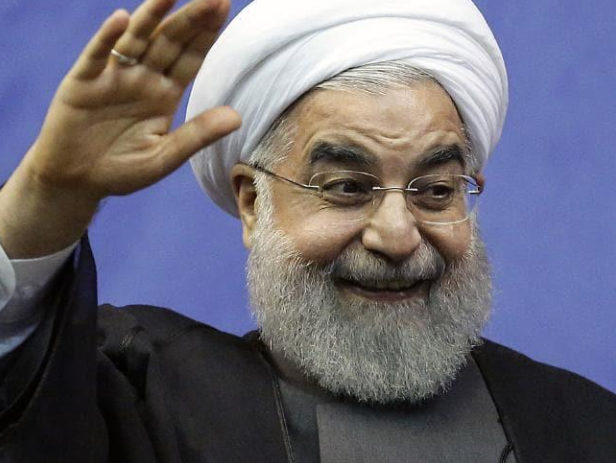 Russia on Tuesday said it was “deeply disappointed” by Trump’s decision. The foreign ministry said it will do “everything necessary” to save the nuclear deal and protect its shared economic interests with Tehran.

“This is a clear example of Washington violating UN Resolution 2231 (on the Iran deal) and international law,” the ministry said in a statement.

Syria also condemned the sanctions, describing the move against its longtime ally as “illegal” and driven by “arrogance”.

North Korea’s Foreign Minister is on a two-day visit to Tehran and is due to meet its President, Hassan Rouhani on Wednesday. 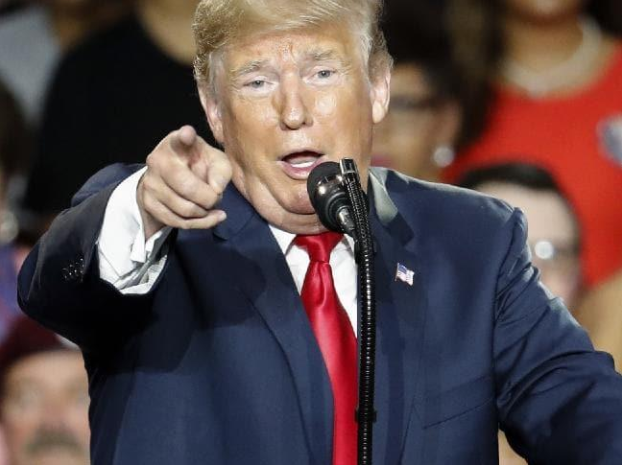 A senior administration official told reporters in a briefing that the President had made it clear that this does not need to happen, and he is open to meeting Iran’s leadership at any time to discuss a deal that will “contain their regional ambitions, end their malign behaviour and deny them any paths to a nuclear weapon.”

US President Trump said in a statement: “The United States is fully committed to enforcing all of our sanctions, and we will work closely with nations conducting business with Iran to ensure complete compliance. Individuals or entities that fail to wind down activities with Iran risk severe consequences.”

The US President repeated his assertion the accord was a “horrible, one-sided deal” that had failed to block Iran’s route to developing nuclear bombs, and “threw a lifeline of cash to a murderous dictatorship that has continued to spread bloodshed, violence, and chaos.”

While some European businesses are stepping back from dealing with the nation, it will continue lucrative activities including exporting oil to China.

China, India and Turkey have indicated they are not willing to entirely cut their Iranian energy purchases.

“American bullying and political pressures may cause some disruption, butthe fact is that in the current world, America is isolated,” Iranian Foreign Minister Mohammad Javad Zarif told reporters, according to the semi-official ISNA news agency.

The EU issued a “blocking statute” on Monday to protect European businesses from the impact of sanctions. European ministers said the Iran deal was “crucial for the security of Europe, the region and the entire world”.

The EU, Britain, France and Germany said in a statement: “We deeply regret the reimposition of sanctions by the US.

“We are determined to protect European economic operators engaged in legitimate business with Iran.”

Iran is generally believed to be upholding its side of the bargain, but the Trump administration pointed to the country’s destabilising activities in Syria and other Middle Eastern nations as the reason for its withdrawal from the agreement.

Trump wants a new deal that goes beyond curbing Iran’s nuclear program, and ends what the US calls its “malign influence” in the region, including its support of Syrian President Bashar al-Assad and militant groups in Lebanon and the Palestinian Territories.

Iran’s currency has lost around half its value since Trump’s announcement, with investors fearing US penalties.

The move has stoked tensions in Iran, which has seen days of protests andstrikes over water shortages, high prices and anger at the political system.

Iranian President Rouhani said on Monday that Washington’s call for a meeting while reimposing sanctions “doesn’t make sense” and amounted to “psychological warfare”.

In an interview on state television, he said: “If you’re an enemy and you stab the other person with a knife and then you say you want negotiations, then the first thing you have to do is remove the knife.”

Reporting restrictions have made it impossible to verify claims from social media, but journalists confirmed a heavy presence of riot police on Sunday night in Karaj, west of Tehran, which has been a focal point of unrest, and said mobile internet had been cut in the area.

Regional rivals Israel and Saudi Arabia have welcomed the increased pressure on Iran.

Israeli Defence Minister Avigdor Lieberman described the renewed sanctions as “a courageous decision which will be remembered for generations.”

Iranian Foreign Minister Zarif suggested it was hard to imagine Rouhani meeting with Trump after he tore up an agreement on which world powers had spent the “longest hours in negotiating history”.

“Do you think this person (Trump) is a good and suitable person to negotiate with? Or is he just showing off?” he said.

There have been rumours the two leaders could meet later this month in New York, where they are attending the UN General Assembly — although Mr Rouhani reportedly rejected US overtures for a meeting at last year’s event.

Trump again raised the idea of meeting this weekend, tweeting: “I will meet, or not meet, it doesn’t matter — it is up to them!”

It came less than a fortnight after a furious clash between the presidents, with Rouhani threatening the “mother of all wars” and Trump ranting on Twitter that Iran would “SUFFER CONSEQUENCES” if it continued its “DEMENTED WORDS OF VIOLENCE”.

To Iranian President Rouhani: NEVER, EVER THREATEN THE UNITED STATES AGAIN OR YOU WILL SUFFER CONSEQUENCES THE LIKES OF WHICH FEW THROUGHOUT HISTORY HAVE EVER SUFFERED BEFORE. WE ARE NO LONGER A COUNTRY THAT WILL STAND FOR YOUR DEMENTED WORDS OF VIOLENCE & DEATH. BE CAUTIOUS!

At the time, Rouhani dismissed the threat to Iran’s oil exports, saying the country held a dominant position in the region’s major shipping waterway.

“Anyone who understands the rudiments of politics doesn’t say ‘we will stop Iran’s oil exports,” he told ISNA news agency.

“Mr Trump, don’t play with the lion’s tail, this would only lead to regret.”