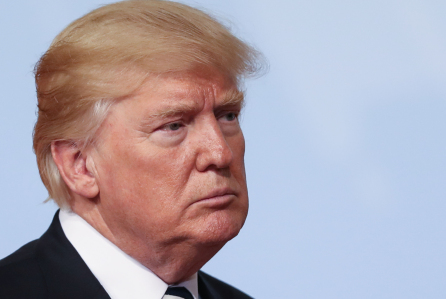 A former Trump World Tower doorman has said that he knows of an alleged affair between President Donald Trump and a former housekeeper which resulted in a child out of wedlock, according to his attorney.

On Friday, Marc Held — the attorney for Dino Sajudin, the former doorman — said his client had been released from a contract that he entered with American Media Inc that had prohibited him from discussing the matter with anyone, “recently” after back-and-forth discussions with AMI

The contract appears to have been signed on November 15, 2015, and states that AMI has exclusive rights to Mr Sajudin’s story but does not mention the details of the story itself beyond saying, “Source shall provide AMI with information regarding Donald Trump”s illegitimate child…”

The contract states that “AMI will not owe source any compensation if AMI does not publish the exclusive…” and the top of the agreement shows that Sajudin could receive a sum of $30,000 “payable upon publication as set forth below”.

But the third page of the agreement shows that about a month later, the parties signed an amendment that states that Mr Sajudin would be paid $30,000 within five days of receiving the amendment.

It says the “exclusivity period” laid out in the agreement “is extended in perpetuity and shall not expire”.

The amendment also establishes a $1 million payment that Mr Sajudin would be responsible for making to AMI “in the event source breaches this provision”.

“Sajudin has been unable to discuss the circumstances regarding his deal with American Media Inc. and the story that he sold to them, due to a significant financial penalty,”

“Just recently, AMI released Sajudin from the terms of his agreement and he is now able to speak about his personal experience with them, as well as his story, which is now known to be one of the ”catch and kill” pieces. Sajudin hopes the truth will come out in the very near future.”

In April, Mr Sajudin  claims to have knowledge of a relationship Donald Trump had with his former housekeeper that resulted in a child.

At the time, AMI called Mr Sajudin’s story “not credible” and denied any connection between the story and Trump and his former personal attorney Michael Cohen.