Bigg Boss contestant Sara Khan is making headlines yet again thanks to her nude video that is going viral. In that, the television actress is lying naked in a bathtub. Sara’s sister Arya posted this video on Instagram, however, deleted it a few minutes after. But by that time, many on social media had taken screenshots and shared the same on social media. Soon after this, Sara opened up saying it was a mistake. She also said being in the bathtub with your sister isn’t wrong. 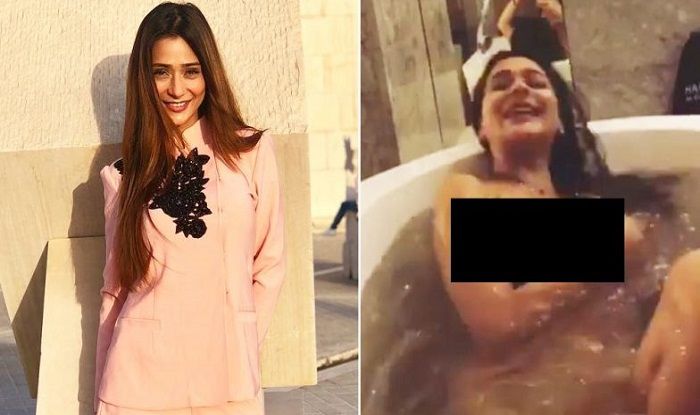 While talking to SpotBoye, Sara said, “It was uploaded by my sister but that was a mistake. We all are human beings and I am sure we all have done some mistakes in our lives. The moment we realised it wasn’t a right decision, we deleted it.” When asked if she did this for publicity, she said, “Why would indulge in a publicity stunt like this? I am a girl and I am accountable to my parents. And most importantly. I don’t die for making headlines with such cheap stuff. I have a lot to talk about my work instead to come in the headlines..”

Soon after Sara deleted the viral bathtub video, her sister Ayra Khan posted a picture of herself in the bathtub. And. now that is going viral on the internet. Sara and her sister Ayra are currently in Sri Lanka. Ayra was sharing pictures and short videos on her Instagram stories and this is when she accidentally shared a video of a nude Sara in a bathtub on her Insta stories.