Salman Khan apparently got Arijit Singh’s voice replaced with Rahat Fateh Ali Khan in Tiger Zinda Hai. This is the second time Salman did away with Arijit’s voice.

While a majority of us have nothing against Rahat Fateh Ali Khan or Atif Aslam, we wonder if this is the right time to invite them to sing in Bollywood at a time when tensions on the border have escalated to an alarming pitch.

Although no one really knows the real reason for this replacement several reports are linking this to a six-year-old tiff between Salman and Arijit.

But he also is known for turning his back to people to rub him on the wrong side. Well, there are many in the industry, who at some point in time had a tiff with Sallu Bhai and no sooner did their professional commitments slipped.

Although no one really knows the real reason for this replacement several reports are linking this to a six-year-old tiff between Salman and Arijit.

Remember that infamous fallout when at an award show Arijit tried to pull Salman’s leg who was hosting it by saying, “Kya sir sula diya aapne?” Well, the singer’s statement didn’t go down well with the superstar who then reportedly dropped his song from his films including ‘Sultan’.’ 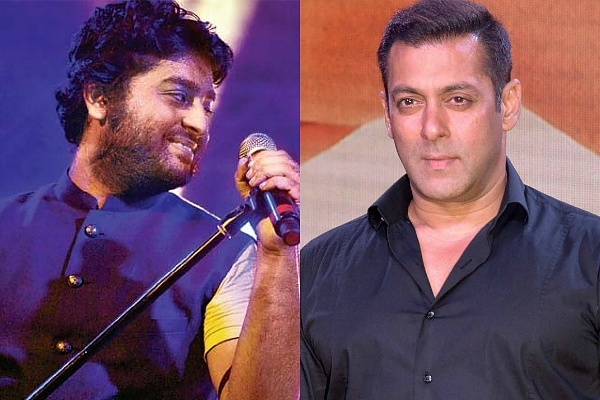 Even then Rahat’s song was chosen over Arijit’s for the film, leaving no option left for the singer but to publicly apologise for his act. He posted a long note on Facebook requesting the actor to not chop off his number.
So guys, What’s your opinion regarding this matter? Both Sallu Bhai as well as Arijit’s fans will be miffed in this situation. Please share your views on the same in below comment box.