While the trailer of Ranbir Kapoor’s next film has received a thumbs-up from the netizens, the actor just featured on the cover of this magazine and we can’t get our eyes off how fabulous and handsome he looks. See photos.

Ranbir Kapoor has created quite a storm. Whether it’s with his films or with his personal life, Ranbir’s journey in Bollywood has managed to grab headlines at every step on the way and we aren’t complaining. While the actor delivered phenomenal hits with Rockstar and Barfi, the trailer of us upcoming film, Sanju has grabbed equal reportage. Although Ranbir delivered a string of flops, the actor continues to be one of the finest actors of the generation.

While the actor has worked day in- day out for his upcoming biopic based on Sanjay Dutt’s life, Ranbir recently featured on the cover of GQ India and we can’t get our eyes off him.

Dressed in a floral printed Alexander McQueen shirt, Ranbir looks dapper and suave. With those brooding eyes and stubble, we can’t get our eyes off how handsome Ranbir looks on the cover. Check it out. 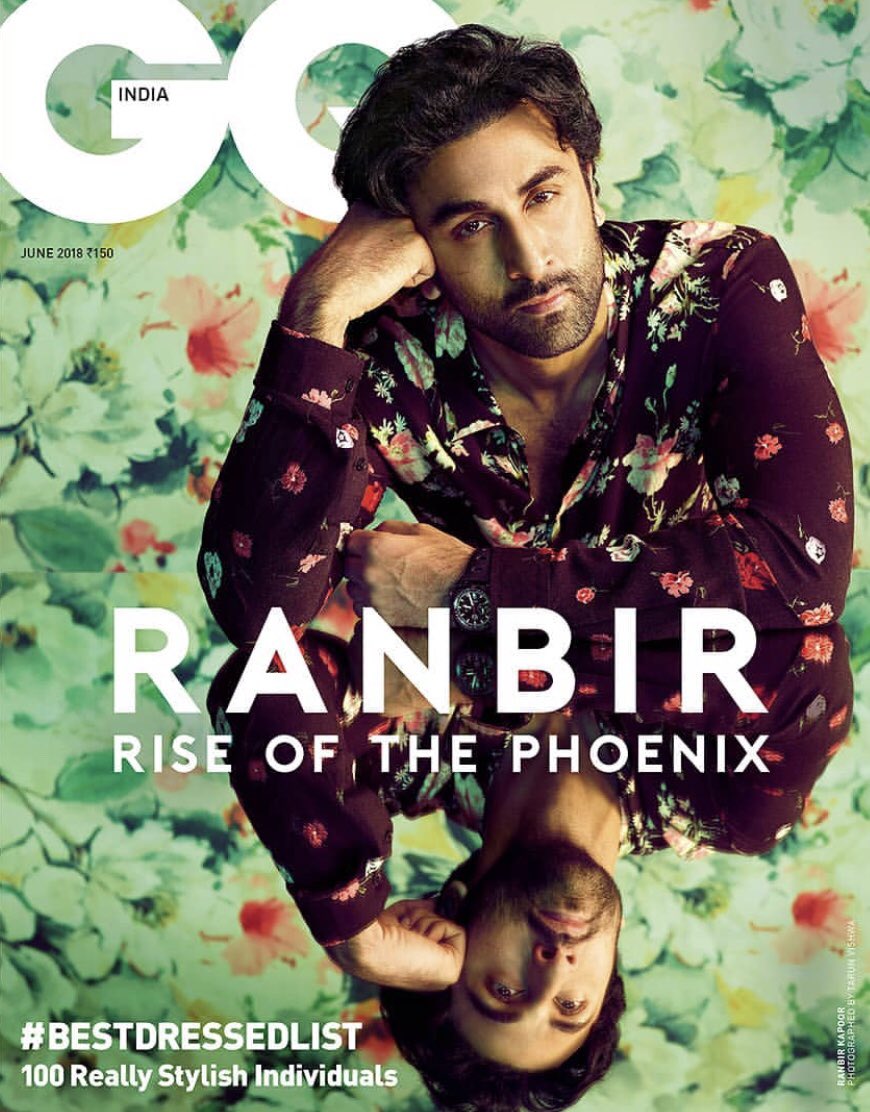 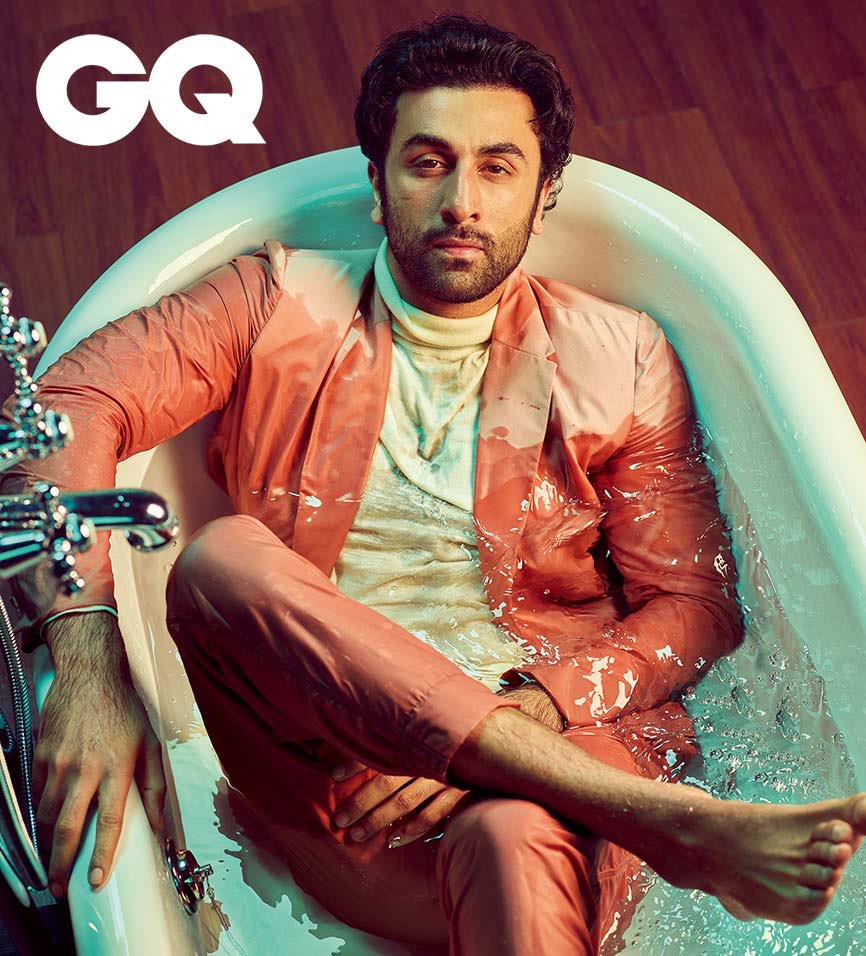 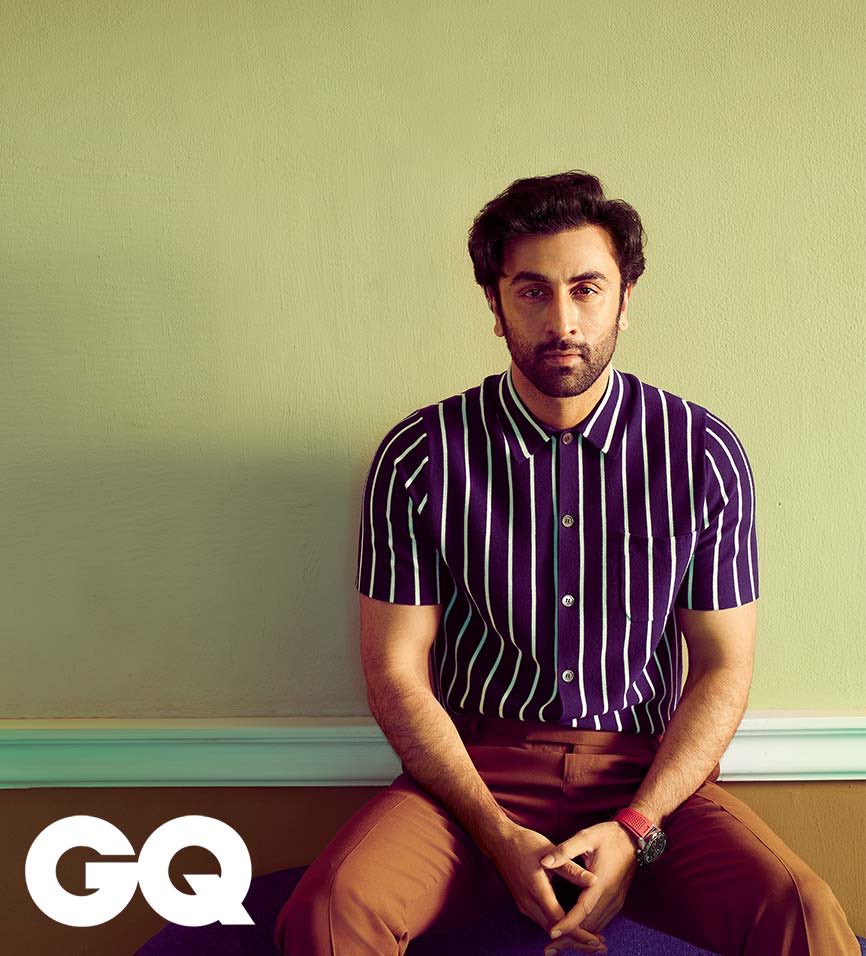 The cover story revolves around how Ranbir has risen from the ashes and we couldn’t agree more. After films like Roy, Besharam, Bombay Velvet and Jagga Jasoos, the actor is in dire need of a hit and netizens claim Sanju will be Ranbir’s big comeback film.

In an interview given to the magazine, Bollywood’s Rockstar goes on to speak about whether his fashion sensibilities have evolved over the years. He said, “It’s stayed pretty much the same: sneakers, jeans, a T-shirt or a shirt and a New York Yankees cap. I’m a sneakerhead; I usually buy two pairs of each – like they say, “one to rock, one to stock”. I love caps too. I think because I was really shy, it was a kind of security blanket. I could cover my face or look down.”