Priyanka Chopra and her relationship with boyfriend Nick Jonas has possessed important headlines for quite a sometime now. Bollywood’s desi girl Priyanka Chopra and American singer Nick Jonas have taken a step ahead in their relationship as the two exchanged rings on Priyanka’s 36th birthday which she celebrated with Jonas in London, according to a report in E! News. The news portal even added that earlier this month, Nick had visited the Tiffany & Co. store in New York to check out a diamond engagement ring for Chopra.

Along with that, she has been in limelight for her film with Salman Khan, Bharat.  However, in the morning, director Ali Abbas Zafar confirmed that she has opted out of the film and the reason is ‘very special’. He tweeted, “Yes Priyanka Chopra is no more part of @Bharat_TheFilm & and the reason is very very special, she told us in the Nick of time about her decision and we are very happy for her … Team Bharat wishes @priyankachopra loads of love & happiness for life.” 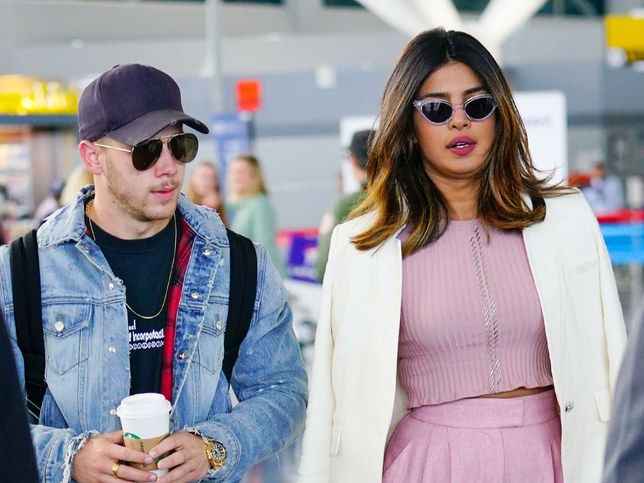 According to the source People.com, “They are so happy.” A source close to Jonas told the website, “His friends and family have never seen him like this, and they’re all really excited for him. He’s definitely very serious about her.” Priyanka and Nick went all out with their relationship some two months back and have been spotted going out on lunch and dinner dates ever since. The two first made their appearance on the red carpet of Met Gala and were also spotted with each other at the after-party.
Not just that, Priyanka even accompanied Nick to a family function as his plus one while Nick came to Mumbai and met Priyanka’s family. Mother Madhu Chopra too seemed to have approved of Jonas during the meet. The two even headed to Goa for a quick vacation for the same. For the criticism the duo has been receiving regarding their relationship, Nick had a perfect reply. He posted a picture of the two giving it back to the haters like a boss. Here’s congratulating Priyanka and Nick! We cannot wait for an official picture of the duo!
Twitter is flooded with messages and some fans are asking the actor to confirm the news. Here are some of the Twitter reactions:

It so 😔. I feel frustrated. Don't know how to explain my feeling now. #PriyankaChopra plz tell us officially why u do this. Hope u make a right decision. OMG..knpe rasa mcm dia bkn yg dulu. What happen sayang..hope I'm not wrong. https://t.co/X9zCKQX1bF

One thought on “Priyanka Chopra Opts Out From Salman Khan’s ‘Bharat’ For A ‘Very Special’: Know Why”