Big Boss 11 contestant and also a famous Rap singer on social media Dhinchak Pooja has made her come back with a 40 seconds long video dedicated to the Chennai Super Kings team.

The ‘Selfie Maine Leli Aaj’ singer has come up with her support for the 2nd top most team of this IPL CSK dedicating a Video song in which she praises CSK batting lineup while referring to them as Lions. (The official logo of CSK is a Lion) 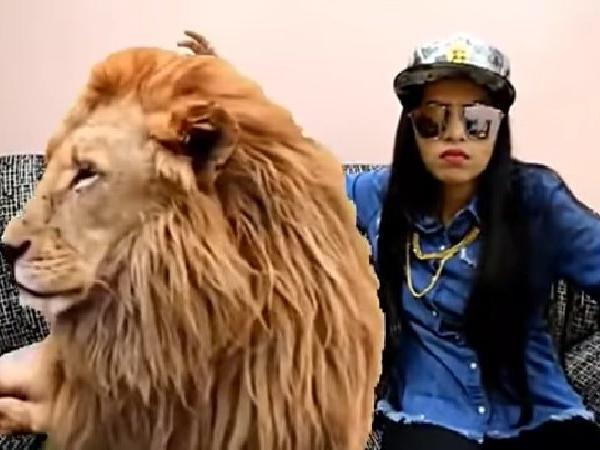 Chennai Super Kings are making a comeback in the IPL after being suspended for two years and already have a strong fanbase. In the 11th edition of the Indian Premier League, while being termed as a team of “seniors” CSK have made a powerful start and look comfortable to qualify for the playoffs. MS Dhoni led-side have won seven games out of 10 they have played.

Dhinchak Pooja has become an Internet sensation after posting various viral songs on YouTube such as Dilon ka Shooter, Swag Wali Topi among others. She was also the contestant on Bigg Boss season 11.