Anushka Sharma again possesses the catchy headlines by means of her garments. She is not just a Bollywood popular actress but is also one of the most distinguished fashionista of B-town. Recently, it seems the actress made a fashion faux pas. She was seen in a pantsuit at Aanand L Rai’s birthday bash last night and it must have to say, her style statement has left everyone disappointed.

This Bollywood diva’s style file has always been a subject for inspiration. She has been always looked like her best fashionable way and we really can’t stop lauding the way she has transformed over the years. The stunning actress has always made heads turn with her style and sartorial choices but looks like this time she failed to do so. Dressed in a pink velvet pantsuit, the actress was looking like she was draped in a “sofa cover” according to fans. 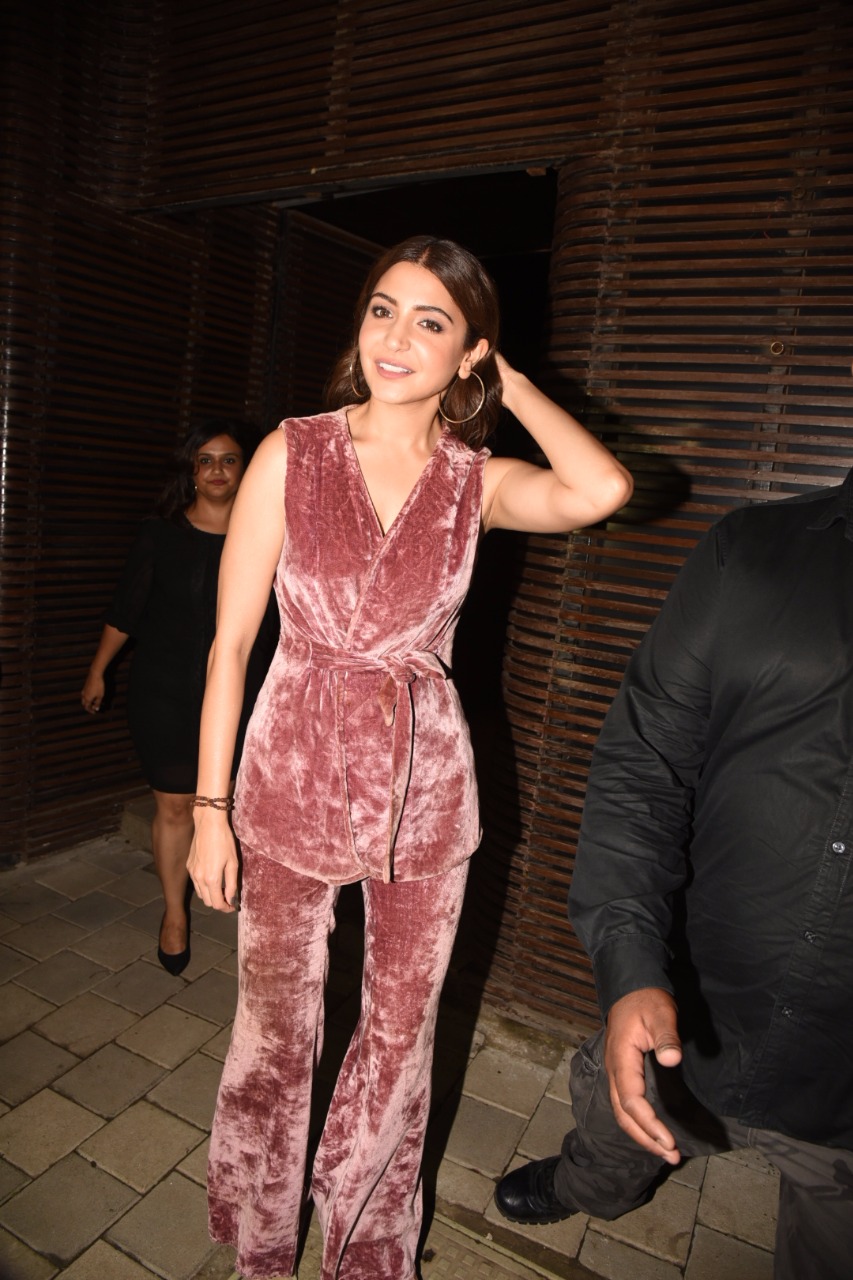 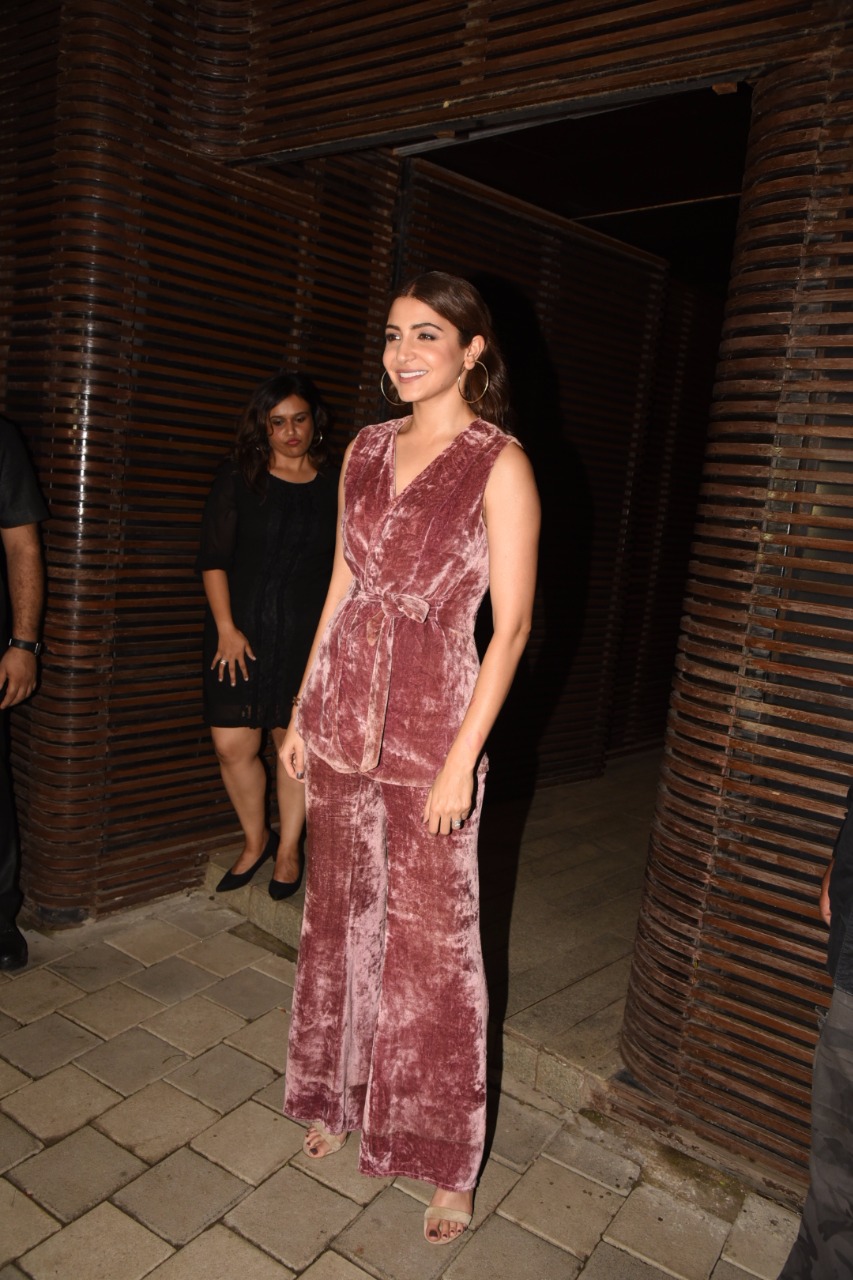 Fan followers of Anushka Sharma hope that next time she will never be appeared in such outfit but, simultaneously they have to say that Anushka’s perfect features and bright smile still made them look as pretty as ever.