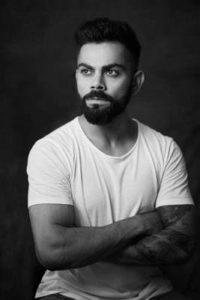 In a country where cricketers are worshipped as Gods, a rather unassuming avid follower of the game told Indian skipper Virat Kohli that he likes English and Australian batsmen more, an unpleased Virat Kohli told the fan that he should leave India.

Although Virat Kohli was trolled by Twitteratis for his irresponsible comment, incidents like this tells us the heavy price of keeping mortals on the high pedestals and the danger of giving a cult status to this colonial borrowed game and its players.

It isn’t suprising that Virat Kohli thinks that he has the authority to ask a fellow citizen to leave India.It is a repurcussion of  a culture that worships its cricketers as demi-gods.

When a cricketer believes that he is more equal than others so much so that he can ask another citizen to leave the country because he doesn’t agree with the other’s opinion, it is neccesary for BCCI to write down a new guidelines making sure that such irresponsible and chauvinist statement be not repeated from an individual who is in the limelight and by all accounts ; a public figure.

Also others forms of sports have always taken a hit because of the incessant obsession with this colonial game.When a cricketer question the loyalty of a fellow countryman merely because that citizen said he likes English and Australian batsmen more, it is only pertinent that everyone be reminded that they are all equal under the law and also an important juncture to encourage other sports which haven’t got their much deserved due yet.