Actor-Producer of Bhojpuri films Neetu Chandra hits out at Siddharth Malhotra on social media saying that he should be ashamed for making such derogatory statements against the Bhojpuri language. When he along with Manoj Bajpayee and Rakul Preet Singh recently entered the Bigg Boss 11 house to promote their upcoming film Aiyaary, which is releasing on February 9.

Neetu tweeted, “So disappointed @S1dharM someone who is so fortunate to work with best. Who despite being an outsider has made a name for himself, for you to use your words so loosely to disrespect Bhojpuri on National Television. Shocked! How on earth does speaking Bhojpuri gives you a latrine feeling. Shame on you.” 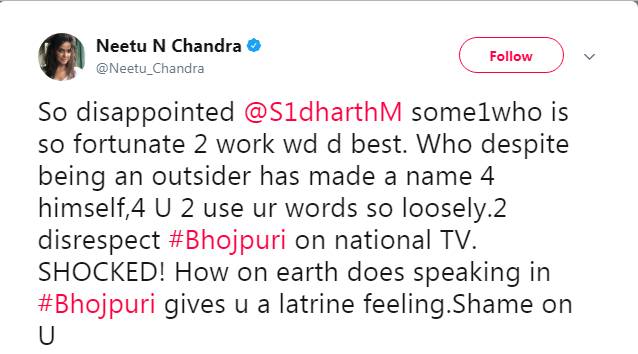 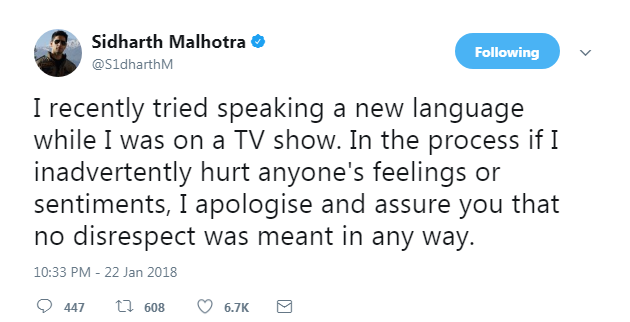