According to the Twitter Audit analysis, Congress chief Rahul Gandhi leads with the highest percentage of fake Twitter. He is followed close behind by BJP president Amit Shah, Congress leader Shashi Tharoor and PM Modi

It means more than half the followers of Prime Minister Narendra Modi and Congress president Rahul Gandhi on Twitter are fake, according to a study conducted by digital platform Twiplomacy.

On the other hand, US President Donald Trump’s percentage of fake followers is much lower than our Indian leaders – at 26 percent. 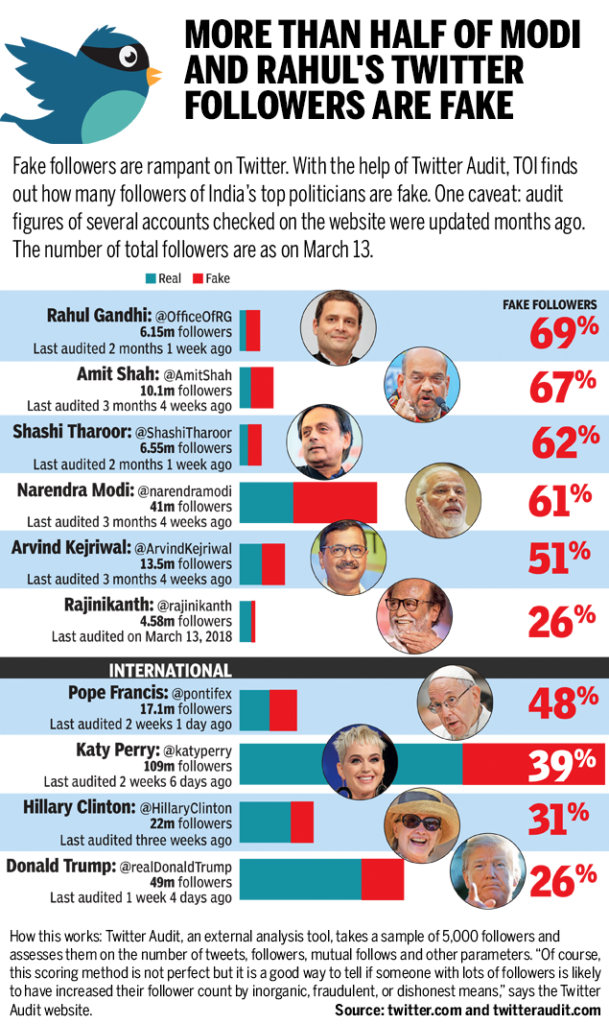 The audits of several Indian accounts checked on the website were updated months ago. The time they were last audited is indicated in the graphic. The total number of current followers are as seen on Twitter.com on March 13.