The US Federal Bureau of Investigation (FBI) renewed its pledge on Thursday to catch four hijackers of the Pan Am Flight 73, which also resulted in the death of air hostess Neerja Bhanot who sacrificed her life for saving more than 300 passengers, almost 32 years after the failed attempt at Karachi airport.

“No matter how much time has passed or the obstacles we encounter, we owe it to the victims and their families to never give up on them,” said the FBI case agent in a statement released to the media along with pictures of the four hijackers.

The attack, which occurred aboard Pan Am Flight 73 during an airport stopover in Karachi on Sept 5, 1986, resulted in the death of 20 passengers and crew. The victims included citizens of the United States, India, Pakistan, Britain, Italy, Denmark, Ireland and Mexico.

Since two Americans were also among those killed in the failed attempt, the FBI is legally bound to continue to seek the suspects until they are either brought to the United States for trial or their death is confirmed.

The four suspects are believed to have been members of the Abu Nidal Organisation, which was designated a terrorist organisation by the US Department of State. Each of the men is on the FBI’s Most Wanted Terrorists List. The case is being investigated by the agency’s Washington Field Office.

The FBI statement said that it’s “hoping to generate new leads” with the release of new age-progressed images of four alleged hijackers. 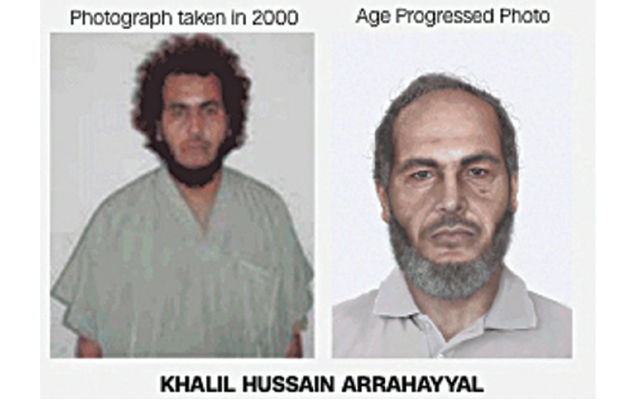 “It’s always been an active case of ours,” said the lead FBI agent on the case. He said images of the suspects obtained by the FBI in the year 2000 were age-progressed by the FBI Laboratory. “We’re hoping that with the age-progression photos next to the original photos maybe that will jar some memories or maybe someone has seen these guys walking around.” 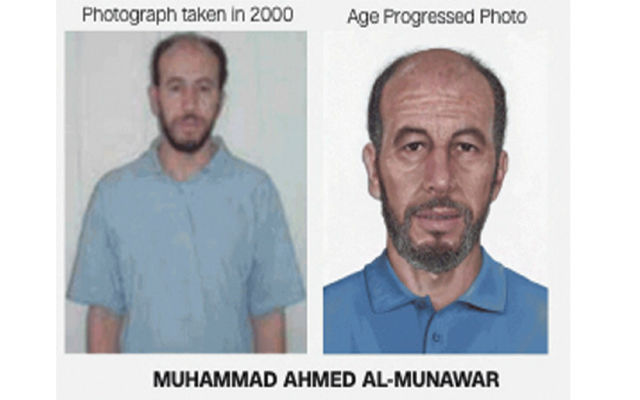 The leader of the group Zayd Hassan Abd Al-Latif Masud Al-Safarini, also a Palestinian, was the prominent member of the Abu Nidal group.

The 17-hour-long hijacking came to an end when the hijackers opened fire on passengers at 9.30pm, causing Pakistani commandos to raid the plane. The SSG commando unit was headed by Brigadier Tariq Mehmood, one of Pakistan’s most decorated soldiers. They freed the aircraft and captured the hijackers. 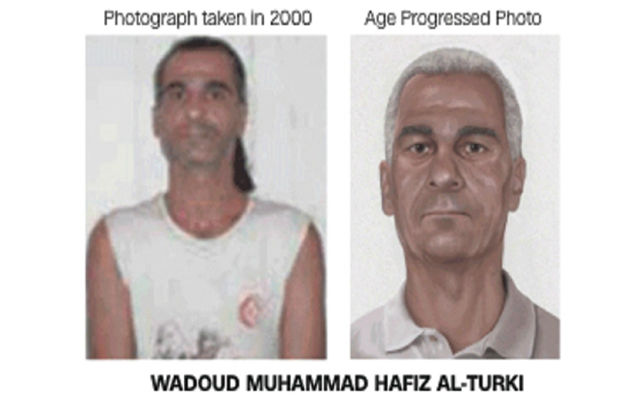 At a trial held in 1988, all of the convicts admitted to having carried out the hijacking and were given death sentences that were later commuted to life imprisonment.

Safarini was released from prison in Pakistan in 2001 but was arrested a day later by FBI agents in Bangkok on his way to Jordan. In May 2004, a US federal judge in Washington sentenced him to 160 years at Super Max prison in Colorado.

Four other hijackers were released after completing their jail terms and deported to the Palestinian territories. In 2010, news reports claimed that Jamal Saeed Abdul Raheem was killed in a US drone strike on Jan 9, 2010, in North Waziristan.

The US State Department is also offering a $5 million reward for information leading to their arrest, through its Rewards for Justice Programme.

Anyone with information in the case is asked to contact the FBI or submit a tip at https://tips.fbi.gov.