It’s true that Malaika Arora Khan and Kareena Kapoor Khan are very close friends. They are part of the same girl gang and often travel and hang out together. In fact, their brunches and dinners together often serve as fashion inspiration for their fans, who eagerly wait to see what they are wearing. While Malaika has a distinct sense of style and always manages to stay fashion forward, there have been occasions when she has chosen outfits that are similar to what Kareena sports. 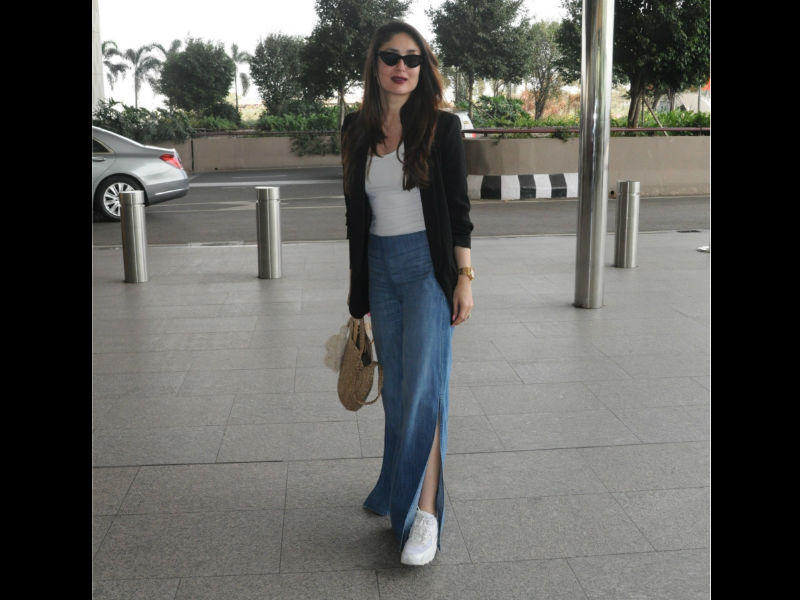 The most recent example of this has been the side-slit flared denim pants that both wore just a day apart. Kareena was seen wearing the chic trousers, along with a white top, a black blazer, and white shoes, at the airport, and just a day later, Malaika was seen wearing pants that looked strikingly similar to the ones sported by Kareena. In fact, even the shoes Malaika chose had a direct resemblance to the ones worn by Kareena. However, instead of a plain tee and blazer, Malaika opted for a printed Gucci T-shirt for her airport look. 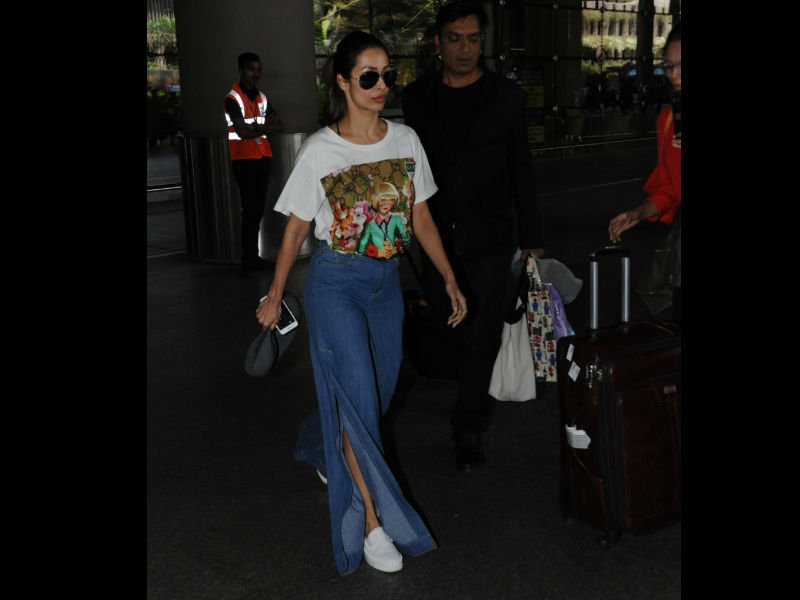 Just a few days back, in another incidence, Malaika was seen wearing pyjama-style Zara trousers with side stripes and snap button details, at the airport again, which were already seen on Kareena a few days prior to that. This time, too, both the actresses had opted for very similar-looking white shoes. The only difference in the looks was that while Malaika wore a black tank top with her pants, Kareena was layered up in a full-sleeves top and quilted jacket.

Another example of Malaika wearing clothes similar to Kareena was when the latter wore a Gucci logo T-shirt and Malaika wore a similar one a few months later. While these were not identical, they were definitely from the same line. 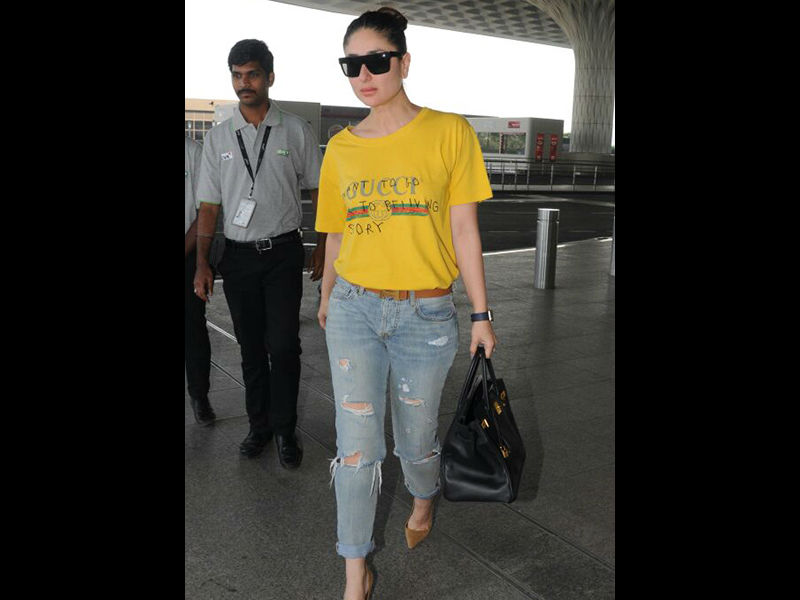 While we often get inspired by our friends and don’t mind sporting similar fashion trends, it seems it is pretty much the same in Bollywood too.