Cheteshwar Pujara has signed a contract with Yorkshire for the 2018 England domestic season, Yorkshire County Cricket Club confirmed on Tuesday. The Indian batsmen will be a part of a squad who already include the likes of England’s skipper Joe Root and New Zealand captain Kane Williamson.

It is reportedly learned that Pujara had signed the deal with the County earlier but considering the Indian Premier League auction, he postponed his announcement.

“I’m really excited to be able to have the opportunity to represent Yorkshire once again. It’s always nice to be able to come over here and play some County Cricket and I’m just as excited as I was last time to represent the Club. I love the passion the people of Yorkshire have for the game and they made me feel very welcome.I know quite a few of the players, so I’ll just try to play my natural game and score plenty of runs for the Club,” Pujara told. 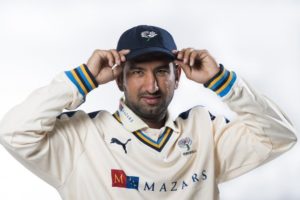 “It’s an honour for me to play for the same county as Yuvraj Singh and Sachin Tendulkar and each time I’ve played county cricket it has improved me as a player. That’s the plan again in 2018. I just want to score as many runs as possible for Yorkshire and soak up as much as I can from the whole experience.”

He will join the Yorkshire squad before the fixture against Leeds Bradford MCCU scheduled on April 7. India will host Afghanistan’s first-ever Test starting on June 14 and for fulfilling the commitment the Indian batsman will return to India after the Royal London 50-over game against Lancashire. After the India-Afghanistan Test, the right-hand batsman will join his County cricket side for the match against Hampshire which will start on June 20.
It is also expected that the Rajkot player will continue his stay in England after the end of the five-match Test series between India and the English side, so that, he can be available to play matches against Hampshire and Worcestershire in September. 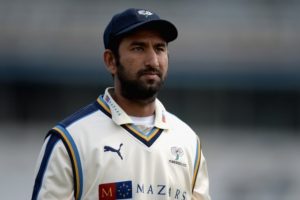 This is not the first time when Pujara played for the side as in April 2015, he joined the squad as Younis Khan’s replacement. He performed a crucial role when Yorkshire win the 2015 County Championship as he scored 264 runs at an average of 53.98 in four games. During the 2017 County season, he scored 333 runs while representing Nottinghamshire.

“It goes without saying that Cheteshwar is a highly-driven individual and very skilled batsman. We’re delighted to have him on board. He proved to be a very likeable character the last time he was with us and the plan is for him to relieve some of the pressure on the top order that we struggled with at times in 2017. Just as he did in 2015, Pujara will relish the challenge of performing in English conditions.

He’s very difficult to dislodge and will hopefully dominate the crease for us during his stay,” Martyn Moxon, Yorkshire’s Director of Cricket said.