Japanese billionaire and online fashion tycoon Yusaku Maezawa, 42, announced: “I choose to go to the Moon.”

He is expected to lift off on the Big Falcon Rocket (BFR), a launch system that was unveiled by Mr Musk in 2016.

The mission, which is currently planned for 2023, will mark the first visit to the Moon by humans since Nasa’s Apollo 17 landing in 1972.

The announcement was made at SpaceX’s headquarters in Hawthorne, California, on Tuesday. 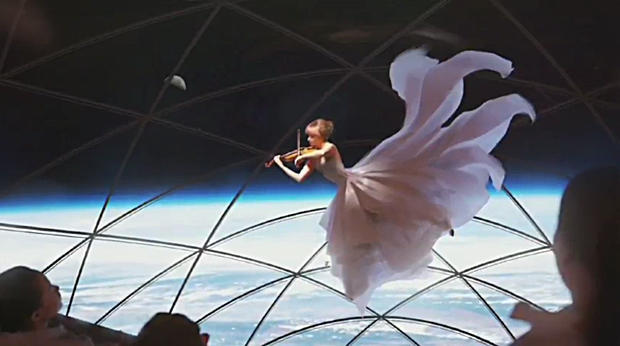 “Ever since I was a kid, I have loved the moon,” said Yusaku Maezawa, founder of ZoZotown, one of Japan’s largest retail websites. “Just staring at the moon filled my imagination. That is why I could not pass up this opportunity to see the moon up close.”

At the same time, he said, “I did not want to have such a fantastic experience by myself. That would be a little lonely. I don’t like being alone, so I want to share this experiences with as many people as possible. That is why I choose to go to the moon with artists! I choose to invite artists from around the world on my journey.”

Hanging out with @yousuck2020 before the @SpaceX moon mission announcement pic.twitter.com/RTOwutzMtG

“In 2023 as the host, I would like to invite six to eight artists from around the world to join me on this mission to the moon,” he said. “These artists will be asked to create something after they return to Earth. And these masterpieces will inspire the dreamer within all of us.”

NASA is encouraging commercial development of low-Earth orbit and is expected to seek private-sector help building the lunar gateway and other components. How the BFR might play into those long-range plans remains to be seen.

But NASA already is relying on the California rocket builder to help carry cargo and crews to the space station and a rocket like the BFR might prove an attractive spacecraft for a variety of missions. Assuming, of course, that Musk can round up the necessary funding and test flights demonstrate its safety.