Salman Khan and Katrina Kaif’s affair might have ended many years ago. Katrina went on to date Ranbir Kapoor and Salman found love in Romanian beauty Iulia Vantur. Many had suggested a year back that the two stars were to get married to their respective partners then. While buzz was that Salman wanted to tie the knot with Iulia on November 18, the same day as his parents’ anniversary. However, turns out that the eternal bachelor of Bollywood is in no mood to ditch his single status. Salman and Iulia have not been spotted as frequently as they were early last year. Many reports suggested that after Katrina’s split, Salman’s strong shoulders supported his ex-lover and this created a rift in his relationship with Iulia. Of course, Salman and Katrina have never really talked about coming together, but if rumours are to be believed then after Fitoor tanked and Ranbir-Katrina’s Jagga Jasoos failed to make an impact at the box office, it was Salman Khan who helped the actress get her career back on track by recommending the actress for Aamir Khan’s Thugs Of Hindostan and Shah Rukh Khan’s Zero. 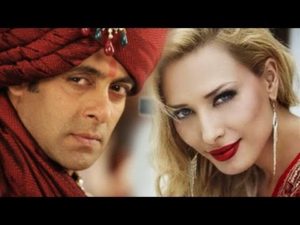 Fans wish for the couple to reunite in real life like they did on screen for Ali Abbas Zafar’s Tiger Zinda Hai. And Kaabil actress Urvashi Rautela too feels that Katrina should get hitched to Salman soon. While the hottie attended the Bombay Times Fashion show yesterday, she was quizzed by the gathered media about the actors she’d like to see married in the coming days. Urvashi first mentioned Deepika and talked about how everybody is hinting that the Padmaavat actress and her boyfriend Ranveer Singh will tie the knot this year, she also said that she was eager to see Katrina too get married. When the actress was quizzed who’d she like to see Kat married to, she quipped Salman Khan. Well, looks like even Bollywood is hoping for a real life reunion of Salman-Katrina