This is Thomas Resch and his mother, Deborah. Thomas is 21-year-old, lives in Maryville, Washington, and is currently trying to break into professional bodybuilding. 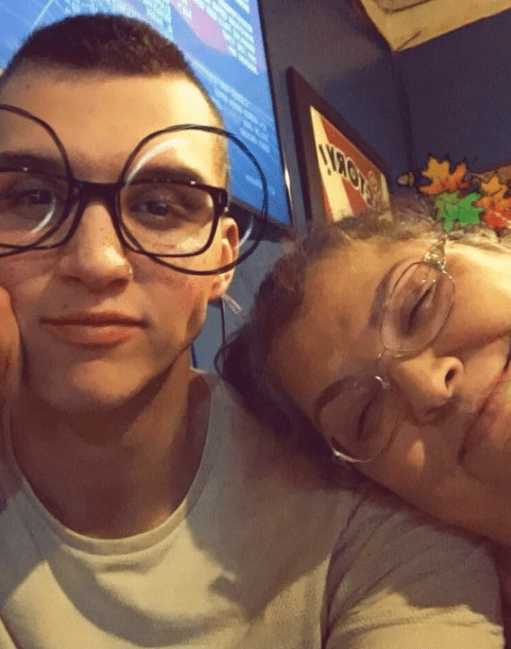 In January, his mother suffered a heart attack and died unexpectedly last week. That day was also the day Thomas moved out of home, and Deborah had left a note for him: “I’m going to miss you a lot,” it said. “I love you.” Thomas saw the note in one of his bags after Deborah passed. 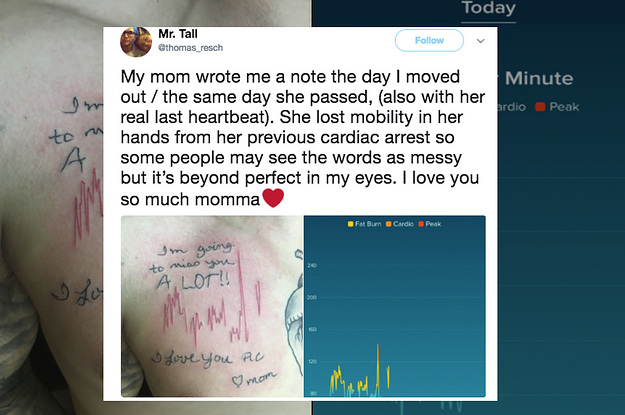 After reading the note, Thomas decided to get a tattoo of the note on his chest. He later realised that his mum had been wearing her FitBit (a fitness device that tracks your heartbeat) when she passed. “After we left the hospital I went on her phone and pulled up the last heartbeats she had and sent it to my phone,” said Thomas. It was then that Thomas decided to get his mom’s final recorded heartbeat tattooed on him as well.

On Monday, Thomas tweeted out his tattoo. “It’s beyond perfect in my eyes,” he wrote.
“My mum was my best friend and I hope it opened people’s eyes to how amazing their parents actually are,” said Thomas.