Bollywood’s diva Anushka Sharma always manage to have something special for his husband Virat Kohli and this time she just posted a cute message after RCB’s win over KXIP.

Not only Anushka but Virat too knows how to give surprises to her wife and he came up with a perfect response to Anushka’s message.

Virat Kohli and Royal Challengers Bangalore (RCB) lived to fight another day as their win over Kings XI Punjab (KXIP) ensured that the team remained in contention for a playoff spot. Recently, Anushka Sharma posted a picture wearing a T-shirt of Virat Kohli’s name, post RCB’S victory over KXIP, Kohli had the perfect reply for the Bollywood actress.

Anushka Sharma has been a regular at most of RCB’s matches in IPL 2018 but could not be present as RCB faced Punjab in a do-or-die match at the Holkar Cricket Stadium in Indore on Monday night.

According to reports, Anushka Sharma is currently in the United States shooting for her film ‘Zero’, which also stars Shah Rukh Khan and Katrina Kaif.

But the actress left no stones unturned to boost the morale of the team, posting regular messages on Instagram stories as Virat Kohli and team ran riot in Indore.

KL Rahul and Chris Gayle got Punjab off to a good start but following Rahul’s departure chaos ensued as the hosts lost their next nine wickets for 52 runs. KXIP were bowled out for a paltry 88 with Umesh Yadav picking up three wickets.

Kohli (48) and Parthiv Patel (40) ensured the victory and reached the target in 8.1 overs. 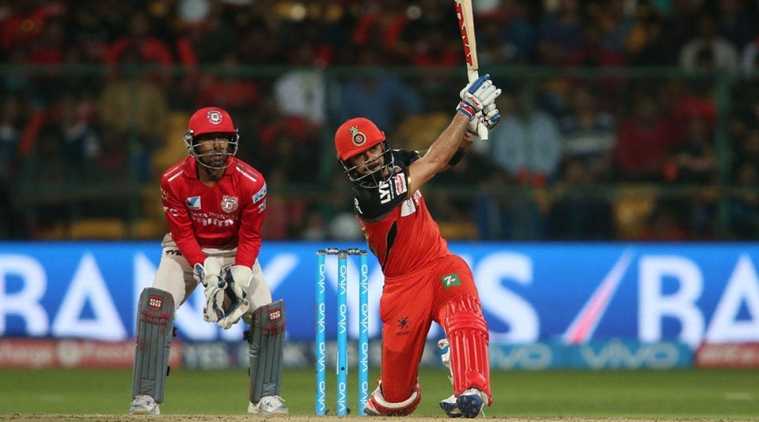 This win helped RCB to improve their net run-rate, KXIP are at fifth spot with 12 points after crashing to their third successive defeat.