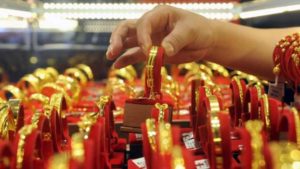 Dhanteras marks the beginning of the celebration of the festival of lights. ‘Dhan’ meaning wealth and ‘teras’ meaning 13th ,where the Goddess of wealth is revered on this day- the Thirteen Day of the lunar month Karthik.

Legends has it that the 16 year old son of King Hima was predicted to die on the 4th day of his marriage from a snake bite. Ancient myth said that the wife distracted the snake by luring it with gold, jewelry and light on the doorway and the prince was eventually saved.

Dhanteras also celebrates the Ayurvedic Physician of the Gods, Dhanvantari, who imparted the wisdom in Ayurveda for the betterment of humankind and suffering of diseases. Because of it, Dhanteras have also been observed as World Ayurveda Day by the Ministry of AYUSH since 2O16.

As a symbolism of warding off evils, houses are whitewash, cleaned and adorned with colourful rangolis and lights. It is also the day women buys gold for immediate and future uses. In lieu of an aged old tradition, the day of Dhanteras is considered a unique time to buy gold considering the belief that buying gold on this day herald a new era for prosperity and growth. 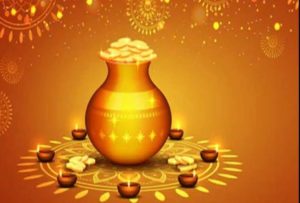