Like every year, Dalbir Singh played the role of Ravana at Ramleela, before being crushed by the speeding train in Amritsar.

Dalbir Singh had just finished playing Ravana at the Ramleela festivities in Amritsar and was getting ready to watch the burning of the effigy a little after 7 pm on Friday. He was walking towards Joda Phatak to get a better view of the fireworks, when he saw a train at breakneck speed, coming towards the area, where hundreds had gathered to watch the Dussehra festivities. He ran to raise an alarm but before he could reach he was crushed under the train. 61 people, who were watching Dussehra festivities, died in the train accident yesterday. 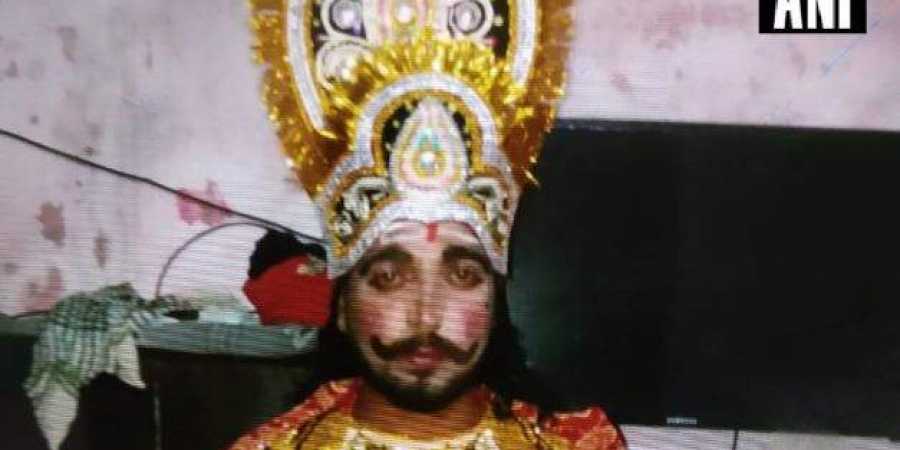 Numbed with grief, Dalbir Singh’s mother, young wife and brother are at a loss for words. For over a decade he has been playing different roles in Ramleela, said his family. He had left early for the event yesterday said Singh’s mother, as he wanted to help his two friends playing Ram and Lakshman get ready.

“For more than 20 years, people from adjoining villages gather at the vacant plot at Joda Phatak, barely 50 metres from railway tracks, to watch the celebrations,” said Sawan Kaur, the mother of Dalbir Singh. His wife, also in her twenties, sat next to the mother with her eight-month-old cradled in her arms, tears rolling down her cheeks. “I appeal to the government to provide a job to my daughter-in law,”

Locals who were present there to watch the Dussehra event claimed that people did not hear the whistle of the train as the noise of bursting crackers drowned it. 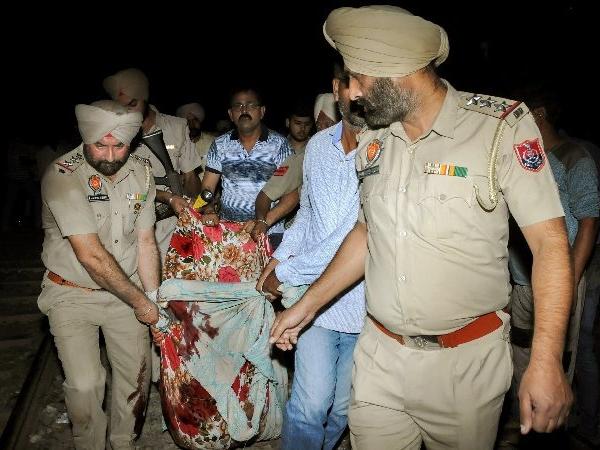 The Punjab police have launched an investigation into the train tragedy. The role of train driver, railway officials and local authorities, who gave permission for holding of the event close to the railway tracks, is being probed, said police officials.

Over 700 people were watching the huge Ravana effigy going up in flames amid exploding crackers at the Joda Phatak near Dhobi Ghat, when the Jalandhar-Amritsar passenger train heading to Amritsar station, around two kilometres away, came hurtling down and within 15 seconds left a heap of crushed bodies.