Since its inception, social media has become the main source of information and news gathering medium. But in this vast world of online, not everything you click is true. And with the advent of the social media, people have fallen to the victims of fake news. But a news channel falling to the same is something which another people can’t take. But believe us, this thing has happened.

A leading news channel who recently won eight awards for their work in journalism, including the title for the ‘Best Hindi News Channel’, Aaj Tak has fallen to the victim of fake news.

The 6 pm debate on the national news channel revolved around a tweet that shows Maulana Atif Qadri, the vice-president of the West Bengal Minority United Council, stating that a fatwa had been issued against the actor for allegedly hurting religious sentiments.

Just In : After the viral video of Priya Prakash Varrier, Whenever we or our fellow Muslim Brothers closed our eyes to offer Namaz, instead of Allah, her face would appear, which is hurting our sentiments, hence we issued a fatwa against her."

Aaj Tak, however, went ahead and aired a debate around the tweet, assuming it to be true.

In fact, anchor Anjana Om Kashyap, in her one-minute long opening monologue, attributes the point of the entire discussion to the fake tweet, taking it to be real news, of course.

What’s obvious here is that the tweet had been issued by a parody account named ‘Times How’, and not ‘Times Now’.

In fact, even the parody account’s Twitter handle states clearly that it is intended for satire. *fine print, guys?*

As fake news debunker Alt News notes, the reason many falls for the tweets endorsed by Times How is its logo, which is morphed on to that of Times Now. The only difference between the two handles is the blue tick next to Times Now’s twitter handle. 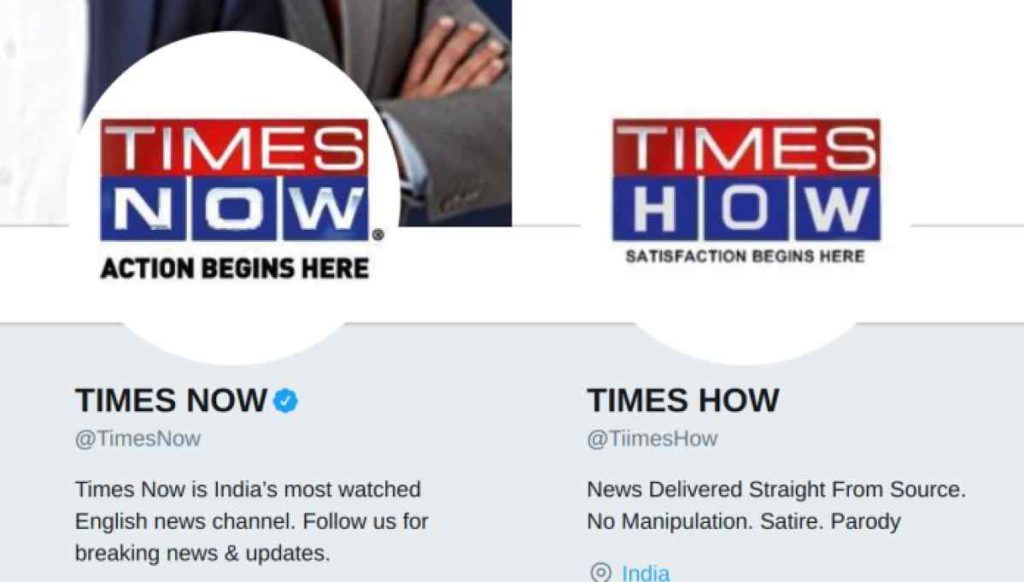 But the one who’s really got no chill was Aaj Tak’s anchor Kashyap, who apart from airing the debate, also tweeted out the a trailer, asking Qadri to use a vacuum cleaner to cleanse his thoughts. 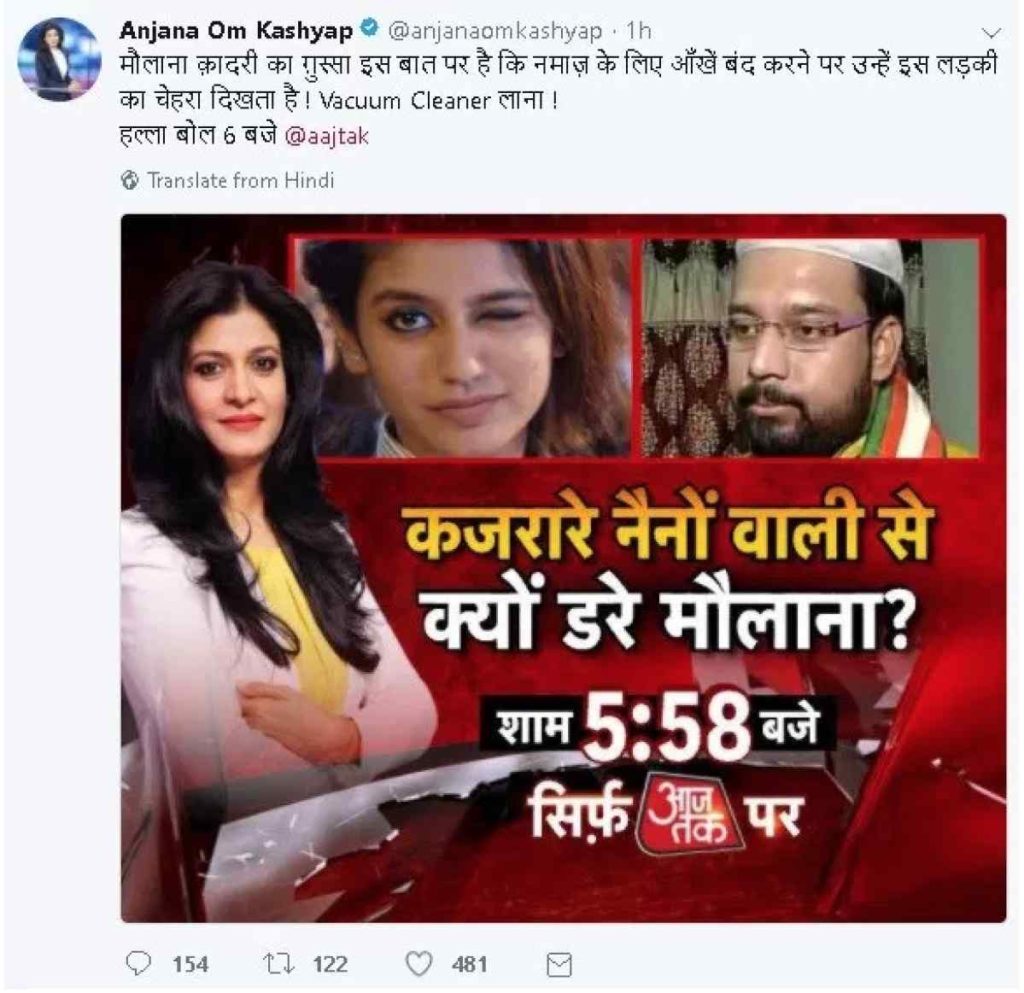 But one can understand why news persons scrambled to pick on Qadri’s statement, what with inflamed religious sentiments especially post the ‘Padmaavat’ debacle.

In fact, a group of Muslim youths in Hyderabad have reportedly lodged a complaint against the song from ‘Oru Adaar Love’, claiming that it allegedly hurts religious sentiments by insulting the Prophet’s wife Khadija.