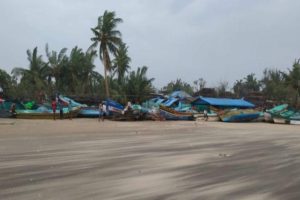 With a wind speed of 120 kmph, Cyclone Gaja hit the coastal areas of Nagapattinam in Tamil Nadu and Puducherry.

Trees have been uprooted, houses and belongings have been damaged and electricity disconnected as incessant rains ranging from 3 cm to 8 cm along with torrential winds struck several coastal areas in Tamil Nadu. 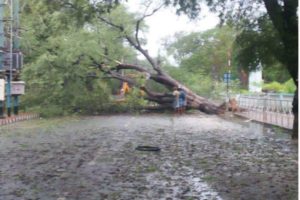 11 people have been killed and 7976290 people from low lying areas across the coastal region of Tamil Nadu have been evacuated and sheltered in 300 relief camps located in six districts which includes Nagapattinam, Pudukottai, Ramanathapuram and Tiruvarur. The State Government have announced Rs 10 lakh to the bereaved families of those who died and Rs. 25000 to those who have suffered injuries. 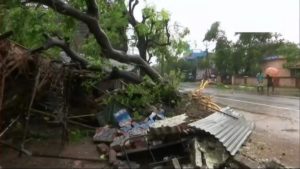 The National Disaster Management Authority have issued guidelines to ignore rumours, stay calm and not to panic.