Indian Skipper Virat Kohli conceded that the Indian cricket team deserved to lose the second Test match against England at Lord’s after the visitors were beaten by an innings and 159 runs.

At the post-match press conference, Kohli said that India got their team combination wrong by playing Kuldeep Yadav in place of fast bowler Umesh Yadav and they were completely outplayed by Joe Root & Co.

“Yeah looking back, I thought we got the combination wrong. Not proud of the way we’ve played. First time in the last five Tests that we’ve been outplayed. We deserved to lose this game, the way we went about things,” he said. 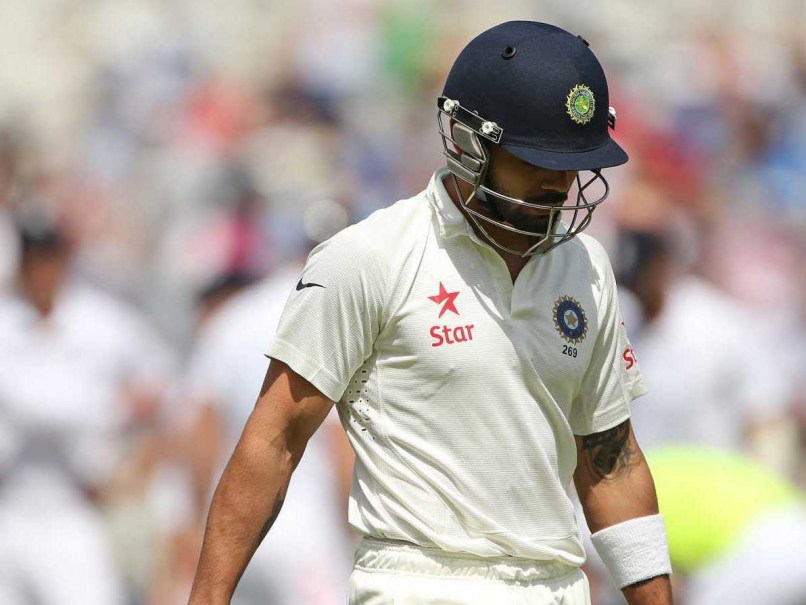 Having conceded the first-innings lead of 289 runs, India’s batting line-up could register only 130 in their second innings to add to their first innings total of 107.

For England, Chris Woakes was the top performer as he took four wickets and scored an impressive century to take the hosts to a commanding position. He was well supported by pacers James Anderson and Stuart Broad who tore apart the Indian batting.

When asked about the rain-affected conditions, Kohli said that they should not blame the conditions and England deserved to win the game because of their relentless approach on the field.

“You can’t really think about conditions when you’re playing the game. You can’t sit and crib about these things. Sometimes the rub of the green won’t go your way. Even when the ball’s doing a bit, you have to pitch it in the right areas. Their guys were relentless; they made us work for the runs,” he said.

Kohli did not take the field on Day 4 due to back issues and was forced to bat at No. 5 after missing a chunk of play due to the injury. When asked about it, the Indian cricket team skipper said that the issue will need a bit of rehabilitation but the back issue will not be posing a bigger threat.

“I should be fine. Lower back issue, I’m confident I’ll be fine in five days time with a bit of rehab,” he said.