Virat Kohli on Tuesday congratulated Pakistan umpire Aleem Dar for opening a new restaurant ‘Dar’s Delighto’ in Lahore. The Indian captain, in a video, is seen wishing the umpire for starting the new venture and requesting the public to go and try the amazing food there.

Kohli also said that the 49-year-old umpire will use his restaurant earnings to set up a school for children with hearing impairments. “Hello Aleem Bhai I have heard that you have opened a new restaurant–Dar’s Delighto-many congratulations on that. I wish that your restaurant becomes just as successful as you are an umpire,” Kohli said in the video.

“I have also heard that you want to make a school for deaf children through the earnings of this restaurant so I hope that you accomplish that. I encourage everyone to go and try his restaurant,” he said.

Dar, one of the most respected officials in the game, expressed his desire to officiate in a fifth World Cup. “I have been supervising international matches for more than 17 years now and it is an honour for me and Pakistan that I have officiated in the most number of matches,” he told. 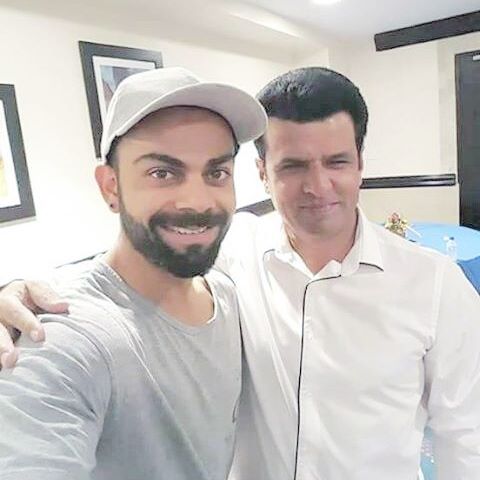 “I have always done my job with complete honesty,” said Dar. “I wish I can officiate in five World Cups. If I get a chance to supervise matches in the upcoming 2019 World Cup in England, then my wish would be fulfilled,” he added.

Dar, who won the umpire of the year award for three consecutive years from 2009-2011, said he has a lot of time before he decides to end his career.