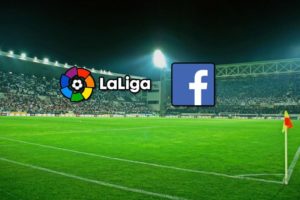 The social network has signed an exclusive deal to show every La Liga game, for the next three seasons, to viewers in India, Afghanistan, Bangladesh, Bhutan, Nepal, The Maldives, Sri Lanka and Pakistan. The rights were previously held by Sony Pictures Network. The terms of the new deal have not been disclosed. The last time they were for sale, in 2014, they were bought for $32m, according to Reuters. There are 348m Facebook users in the region, 270m of them are in India. 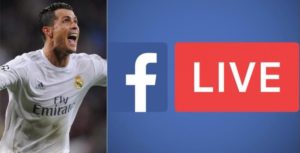 It is the latest move from Facebook, and the tech industry in general, to invest in highly lucrative sports rights for emerging streaming services. The social network already shows Major League Baseball to US audiences at a reported cost of $1m per game. As with the rest of Facebook, the content is free but supported by targeted advertising. Facebook’s director of global live sports said the La Liga streams would at first be advertising-free, but it was considering how best to implement them in future.

The tech giants have money to burn. With its yearly content budget of $8bn, Netflix could buy the next three seasons of Premier League UK rights twice over. But it doesn’t plan to, saying it won’t follow its competitors.”We don’t do [live] news, we don’t do [live] sports,” chief executive Reed Hastings told a room of journalists in Hollywood earlier this year. “But what we do do, we try to do really well.” With subscriber growth slowing this year, the industry is watching to see how long it can hold on to that stance, especially as its rivals seem eager to open their wallets.