Afghanistan’s Baheer Shah, who is set to play in the U-19 Cricket World Cup in New Zealand, has already notched 1,096 first-class runs in 12 innings with a staggering average of 121.77.  Even Don Bradman is way behind.

Up until recently, of players with more than 1,000 first-class runs, the Aussie legend had the highest average. But, for the time being, Bradman has been pushed into second place by 18-year-old Afghan Baheer Shah. The young batting prodigy, coming from not so known cricketing nation, currently averages 121.77, while Bradman had an average of 95.14. The stark difference, however, is that while Baheer has that average in seven matches and 12 innings, Bradman boasted of the astronomical average after playing 52 Tests. 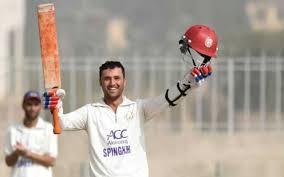 Afghanistan’s star batsman Baheer, who is currently in New Zealand for the ICC U-19 World Cup, has grabbed the limelight with his exceptional batting skills and his quick rise in First-Class cricket. Beginning from day one of his professional career, Baheer has been piling on runs.

he 18-year-old’s average is even better than Bradman’s first class average of 95.14 while his Test average is the famous 99.94. Third in the list is India’s Vijay Merchant with 71.64. 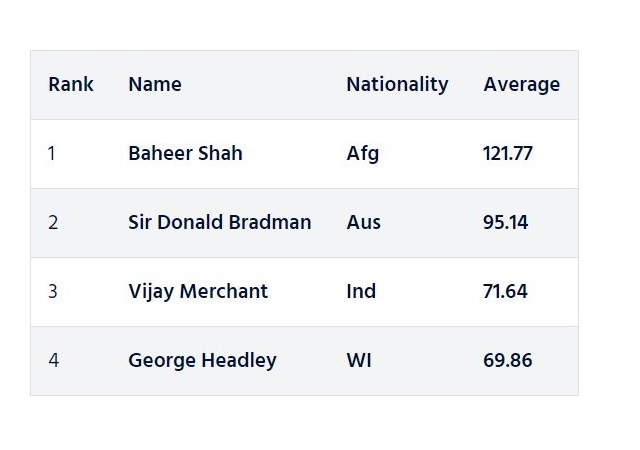 The Afghan player smashed an amazing 256 not out on debut for Speen-Ghar against Amo in October 2017, which is the second highest debut score of all time. Five innings later, Baheer scored his first triple century to become the second youngest first-class triple centurion after Pakistan great Javed Miandad.

“I like to play in different and challenging situations,” he said. “There are a lot of changeable situations, but I only want to stay at the wicket and take the pressure on myself and away from my partners. My favourite player is Hashim Amla because he is very calm and plays very well in difficult situations. I just want to keep calm and go forwards.”

If you guys wanna Congratulate this Afghan Player for his achievement do share your views on the same in the below comment section.