Smith’s feat is remarkable as only Sir Don Bradman (961) has achieved so many points in the history of the ranking system. Joe Root too moved up a place and is now joint fourth with Kane Williamson. Smith, Kohli, Cheteshwar Pujara, Williamson and Root now form the top five in the rankings. Alastair Cook’s unbeaten 244 helped him enter Top 10 and he now holds the eighth spot. 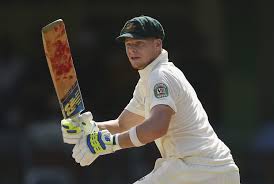 James Anderson continues to hold the top spot in bowler’s rankings followed by Kagiso Rabada, Ravindra Jadeja, R Ashwin and Josh Hazlewood. Shakib-al-Hasan, despite missing the tour of South Africa owing to his six-month Test sabbatical, has still managed to stay at the top spot in the all-rounder’s list. He leads Jadeja by just 23 points. Ashwin, Vernon Philander and Stokes, despite his absence from international cricket since the Bristol incident in September, continue to find themselves in the top five of the list.

In team’s rankings, there have been no changes with India leading the pack with 124 points. South Africa are chasing them with 111 points while England hold the third spot. New Zealand, who trounced Windies 2-0, are fourth while Australia are fifth with 97 points. Even if Australia lose the last Ashes Test, they’ll move to third spot after securing three wins in the first three Tests.

So guys, these are some records made by the Legends and do share your views on the same in below comment section.