Cricket is something that every young Mumbaikar has played in his childhood days as part of growing up. Maybe that’s what cricketing legend Sachin Tendulkar wanted to relive as he was captured on video picking up the bat to show off his skills once again with waiters from a nearby hotel.

Sachin Tendulkar has been one of the most prolific cricketers of all time ever and since he made his debut at the age of 16, he went on to become one of the most established players in the game before he retired in 2012. He has since been associated with various projects and was also part of the Mumbai Indians backroom staff for the IPL for a few seasons.

In a recent video that has surfaced on social media, the seasoned batsmen can be seen batting on the streets of Mumbai against some local boys in the middle of the night. The video displayed the batting maestro playing some deliveries while the boys bowled with a rubber ball. Tendulkar can be seen playing a few balls while also chatting with the boys while the traffic passes by near a metro construction site. 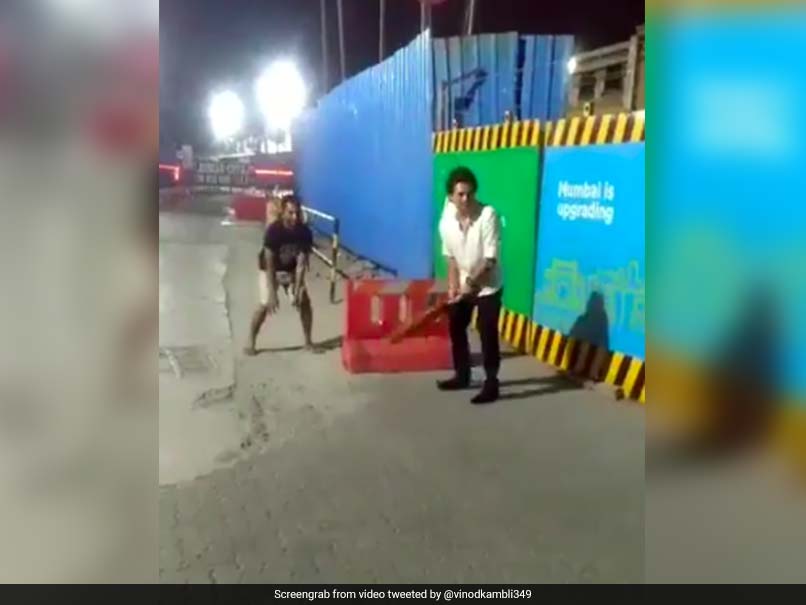 In a star-studded career, he had seen him become the first batsman to cross the 200-run mark in the ODI format, Tendulkar managed to win the 2011 ICC World Cup in his hometown of Mumbai at the Wankhede stadium. In a short IPL career, Tendulkar played 78 games and scored 2,334 runs and had one hundred and 13 fifties to his name.