Hindi news channel News1 on Wednesday alleged that the player, Rahul Sharma, was asked to pay in “cash and kind”. Sharma also alleged that Akram provides fake age certificates to players to help them participate in BCCI’s age-group tournaments.

The news channel ran a taped phone conversation in which Akram, who is said to exercise a lot of clout in the Uttar Pradesh Cricket Association (UPCA), is purportedly heard asking Sharma, a state team hopeful, to send women to a five-star hotel in New Delhi. In another conversation, Akram allegedly promises that Sharma’s name will be added to the team after a few games. 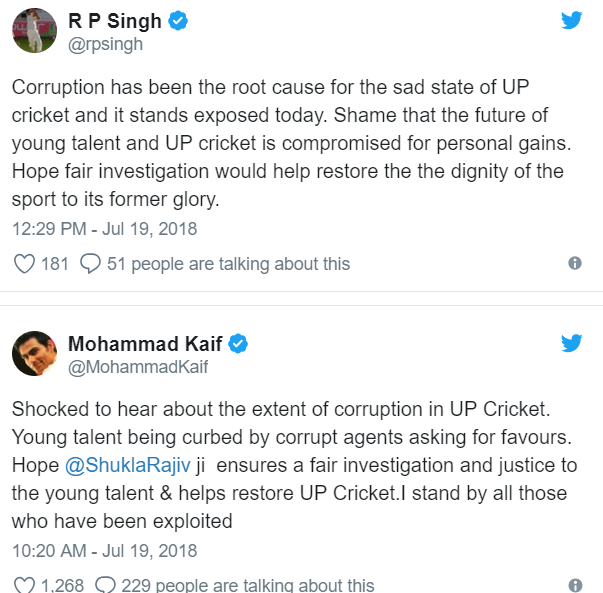 A few other players also appeared on the news channel and alleged that selectors in Uttar Pradesh often asked for bribes in lieu of a place in the team. Akram doesn’t hold any position in the Uttar Pradesh Cricket Association but players claim that he runs the show.

When contacted, Akram claimed the allegations were baseless and a ploy to defame him. “The boy says he sent a girl to me. If his allegations are true, then he should have played cricket, right? Did he? No. His allegation would have been proven had he played for UP,” Akram said. “Never once has his name appeared in the 60-player list of UP, neither has he played any junior cricket,” Akram said.

“The truth will come out soon, I’m associated with such a big man (Shukla) so it’s natural that people will attack me from all corners. This is done by dissatisfied people, including those close to me. Yeh pura ek khel hai bahut logon ka. There is a group of some 15-odd people who were involved in this. Why’s this allegation come now if the incident dates back to 2015? Why is he coming out in public in 2018?” Akram asked.