Prithvi Shaw is the second youngest Indian after Sachin Tendulkar to score a Test century.

Prithvi Shaw made history on Thursday by becoming the youngest Indian to score a Test century on debut. Shaw, at 18 years and 329 days, reached the historic three-figure mark off just 99 balls against the Windies on Day 1 of the opening Test at the Saurashtra Cricket Association Stadium, Rajkot. 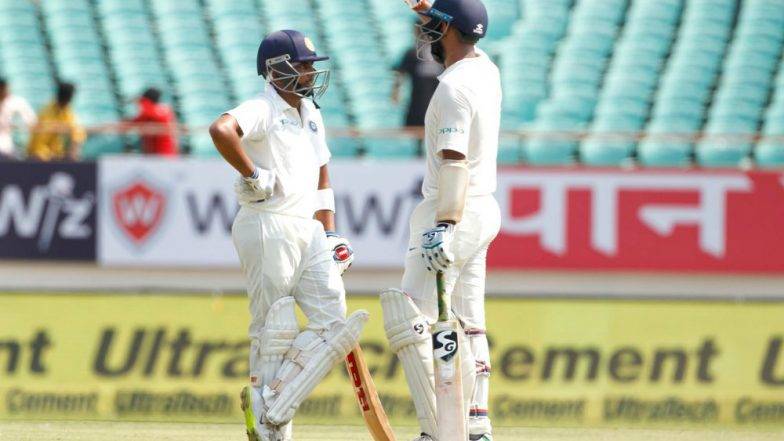 The record was previously held by Abbas Ali Baig, who at the age of 20 years 131 days, scored a half-century against England in Manchester in 1959.

India captain Virat Kohli won the toss and elected to bat on a pitch with a green tinge. India got off to a nightmare start, losing KL Rahul for a duck in the very first over of the match. However, Shaw and Cheteshwar Pujara made sure there were no more trouble for India with the duo batting brilliantly to take India to 133 for one at lunch on Day 1.