Sunil Gavaskar added that Virat Kohli will greatly benefit from having MS Dhoni in the team for the World Cup. “Virat needs (Dhoni),” Gavaskar said in his analysis on Star Sports, as quoted by ICC cricket.

Sunil Gavaskar opined that MS Dhoni’s advice and experience will come in handy for Virat Kohli in the 50-over format. “There’s no doubt about it. In 50 overs where there is that much more time, that’s when MSD comes into play. You know he makes those small field adjustments, talking to the bowlers in Hindi – telling them where to bowl and what to bowl. It’s a huge plus for Virat”, he said. 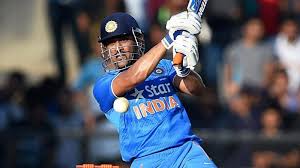 Dhoni was rested for the three-match T20I series against the Windies and Australia. Rohit Sharma will be leading the 16-man India squad for the T20I series against the Windies in absence of Virat Kohli. Dhoni was excluded from both the T20I squads with youngster Rishabh Pant set to don the gloves. Chief selector MSK Prasad quickly moved to dispel talk of Dhoni’s retirement, assuring fans that this was not the end for the former India captain in T20Is.

However, MSK Prasad made it a point to say that the selectors are looking at backup options behind the stumps.