CSK skipper Mahendra Singh Dhoni sent the crowd cheering by having a bit of fun with Ravindra Jadeja during the game.

CSK comeback in Indian Premier League after 2 years has been on a roll. They have surprised one and all have churned out consistent performances throughout the tournament. On Sunday, in a match against table-toppers Sunrisers Hyderabad, Chennai produced another magical effort which secured their playoff berth. Chasing a stiff target of 180, Chennai got home in 19 overs, riding on Ambati Rayudu’s maiden IPL ton. 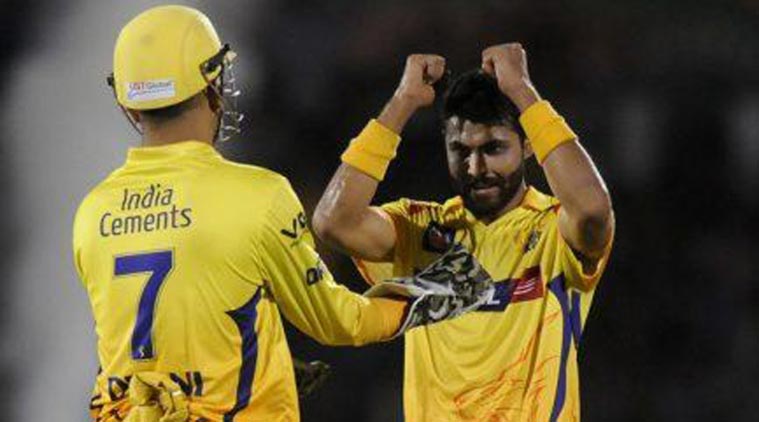 The biggest reason for Chennai’s success this season could be attributed to skipper MS Dhoni’s consistency. The captain cool seems to be enjoying his time in the middle. During the first innings of the match, the lighter-side of Dhoni was on full display. In a Harbhajan Singh over, Shikhar Dhawan just guided the ball on the leg-side for a single. Dhoni run quickly to field the ball, while Ravindra Jadeja came in running from deep mid-wicket. Seeing Jadeja coming towards him, Dhoni pretended to throw the ball towards him, which caught Jadeja by surprise. The incident left everyone in splits.

After the match, CSK all-rounder Dwayne Bravo said, “Our bowlers bowled very well today. Both Shikhar and Williamson played well but we pulled it back in the end. At a crucial time we got their wickets. Most of the times I come around 12-13 overs so I go for runs. I am a wicket-taking bowler that’s why my economy is very high. It’s a challenge to bowl and I enjoy it.”