Mahendra Singh Dhoni, one of the most iconic figures in Indian cricket, is a reserved personality off the field and rarely opens up about his personal life.

However, during a promotional event for his Indian Premier League (IPL) side Chennai Super Kings, the former India skipper was asked about his first crush and after some reluctance at first, he finally revealed the name. A magic trick performer helped Dhoni reveal the name. “There’s an A in the word. All girls’ names have an A,” said the magician. Dhoni then went on to reveal that ‘A’ was the third letter in the name.

Posted by Chennai Super Kings on Tuesday, 8 May 2018

Dhoni went on to add that he last saw Swati back when he was studying in the 12th standard in 1999. He jokingly asked everybody not to reveal the same to his wife Sakshi.

Dhoni completed his class 12th from the DAV JVM, Shayamali in Ranchi. He is now married to Sakshi, with the couple having a daughter named Ziva. Dhoni always seems to enjoy the support of his better half. Sakshi is mostly present with him during his cricket tours, be it in India or overseas. 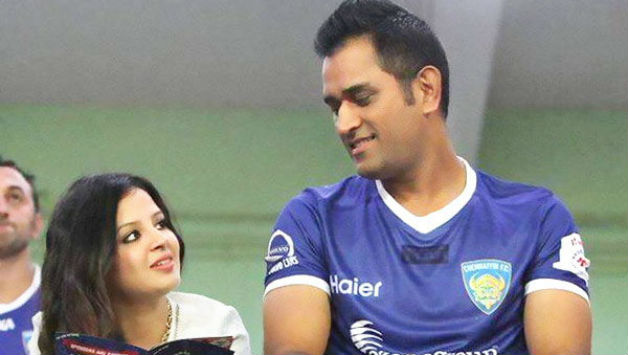 Dhoni, who is the CSK captain, was present at a promotional event, along with the likes of Shane Watson, Suresh Raina, Ravindra Jadeja and a few other CSK players.

The 36-year-old seems to be in the form of his life with franchise CSK after their two-year return from a spot-fixing ban. Having hammered 360 runs from 10 matches, Dhoni has led CSK superbly and they are now second on the points table and all but assured of a berth in the playoffs.