MS Dhoni’s batting position has been a debatable point in India’s limited-overs set up in the recent past. Since Champions Trophy last year, CSK skipper MS Dhoni has featured only once at No. 4 in 19 innings in 50-overs cricket and has been more of a floater at No. 6 and No. 7. In the last few T20s, too, he has been walking in at No. 6.

The inspirational MS Dhoni, who was recently bestowed with the prestigious Padma Bhushan award, looks set to be bumped up the batting order in the CSK line-up as per head coach Stephen Fleming. Fleming added that pacers Mark Wood and Lungi Ngidi have helped make the team more complete as a unit.

At the age of 36, veteran Indian wicket-keeper batsman MS Dhoni has shown no signs of slowing down anytime soon as far as his game is concerned. Dhoni is still extremely fast between the wickets and his lightning quick hands have proved to be an asset for the Indian team in the limited-overs format.

“MS will bat relatively high. It’s not necessarily a position with him, but a time that we may choose depending on what conditions we see. But he will definitely play a more prominent role as a batsman. We’ve picked (Kedar) Jadhav, (Ambati) Rayudu, (Ravindra) Jadeja & (Dwayne) Bravo so we can plan the middle phase. Looking at our side, there are a lot of multi-skilled players, and while not diminishing their main skills there is a lot of options that we can use,” Fleming said during press interaction on Monday.

“In a training game, often you don’t get up as much as you do for a real match. We saw a drop in standards. It was good learning and that’s part of a practice match. It’s about just understanding where your players are at. They will be working hard in the next few days,” said the 45-year-old. 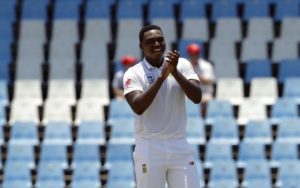 With England pacer Mark Wood and South Africa’s new pace-bowling prospect Lungi Ngidi set to join the squad, Fleming believes they have all the bases covered on the pace-bowling front. 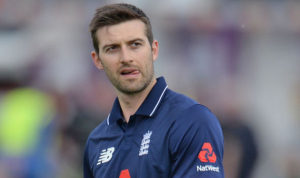 “Wood and Ngidi have got some good pace. Shane Watson is a savvy new-ball bowler and we have several young Indian pacers. Ngidi bowled well against India and we feel his style of bowling would suit well for the plans we have got. Wood has got a skiddy trajectory which offers something challenging. We also got the options of using spin as well,” he added.