Rajasthan Royals star all-rounder Ben Stokes, who was the IPL’s costliest buy, left for England after RR’s match against KKR in Eden Gardens and wished the franchise the best for the rest of the tournament. He thanked the fans for their support and hoped that they would continue to do the same.

He has to leave IPL 2018 mid-way as he has been selected in the Test squad for the first Test against Pakistan. Stokes will be accompanied by his fellow teammates Chris Woakes and Jos Buttler on the flight to England.

Although he isn’t playing for RR from now onwards he stated that he would be supporting the team by watching the matches on TV. 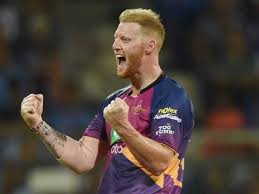 “It’s my last game here for the Royals before I head back to England. I thoroughly enjoyed my time here and it’s been an amazing group to be part of and hopefully we can win tonight,” he said as quoted by India Today.

“Then I will obviously be watching from home if the Royals get through to the playoffs. Hasn’t gone as I would have like to personally, but at the end of the day it’s about how the team performs.”

Had a great time with @rajasthanroyals what a bunch of amazing people this franchise has,individually very disappointing but gave everything I had to give just wasn’t meant to be,hope we can get across the line tonight and make it through to the playoffs,would love to see these boys lifting the trophy at the end of the season as all the hard work put in by everyone deserves it #hallabol #RR

The early exit of players, especially from England, has also been one of the concerns for IPL owners. This was probably one of the reasons why Joe Root, who put his name for the auction for the first time, found no buyers even after his name came up twice.