Hockey’s governing body indicated Thursday that Pakistan will take part in the men’s World Cup this year in India despite acute tensions between the two countries.

Pakistan have qualified for the World Cup to be held in the eastern Indian city of Bhubaneswar between November 18 and December 16. But fears have been raised that Pakistan could skip the 16-team event as sporting ties between the neighbours are frozen.

“Pakistan will be invited because it’s an FIH-sanctioned event. We have taken the necessary permissions from the external affairs ministry. There are certain rules and procedures in which participating nations have to apply for visas 60 days prior to the start of the tournament. There are other procedures which Pakistan will have to follow,” Batra said, reported PTI.
“We are looking forward to welcoming all 16 qualified teams. We have not received concerns from any of the participating teams nor the host about this matter,” an FIH official told AFP in an email statement.

“FIH strongly believes that hockey is an inclusive sport, aimed at celebrating diversity and promoting friendship and respect.” 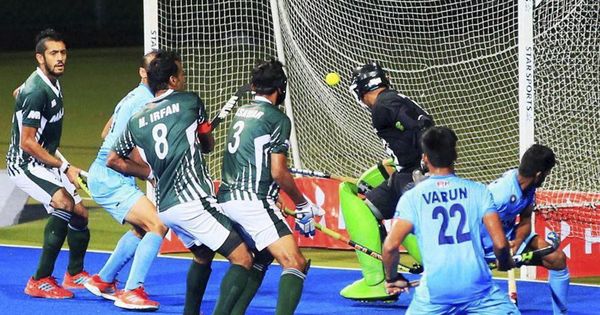 India and Pakistan’s senior cricket teams have not played a bilateral series since 2013 because of the tense political climate. India accuses its neighbour of supporting militant activities, particularly in the disputed Kashmir region.
Pakistan, who did not qualify for the 2014 World Cup, are the most successful team in the sport’s showpiece event with title wins in 1971, 1978, 1982 and 1994.