England’s 1000th Test match is delicately poised after an enthralling third day against India at Edgbaston. The crowd which has both Indian and English fans had their fair share of chances to cheer on their heroes,

A man wearing a Kim mask walked in surrounded with ‘security men’ attired in black suit. Later ‘Kim’ even shook hands with another fan who wore a Trump mask and was dressed more informally in a jersey. 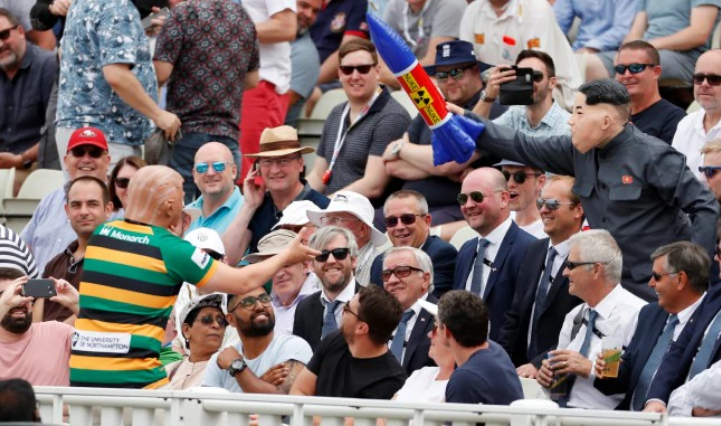 Trump and Kim met in Singapore in June, where they announced an agreement in which Kim reaffirmed his “unwavering” commitment to denuclearize. Little progress on that front has been made in the weeks since.

The sight had commentators laughing uncontrollably, while the crowd at the stadium were also in splits. 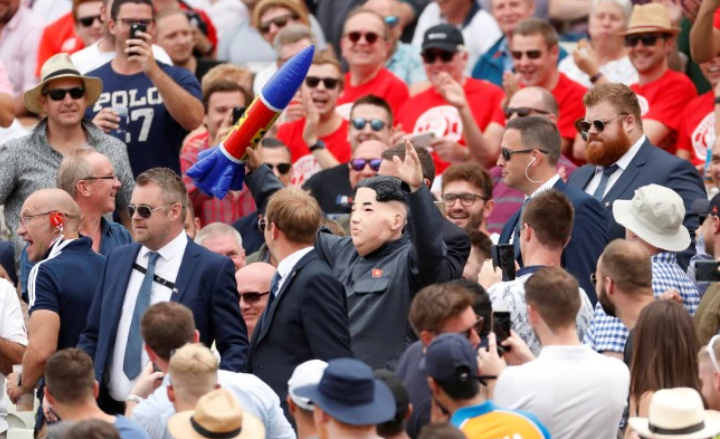 That was not all, as Kim Jong Un’s hawk like eyes spotted a man dressed as US President Donald Trump and the pair proceeded to shake hands, much like their original counterparts did two months ago.

India are chasing a coveted Test victory on English soil, and ended the action-packed third day of the first match at a precarious 110 for five, still 84 runs adrift from a tricky 194-run target.