Indian captain Virat Kohli had something to cheer about after the second Test debacle against South Africa when he was named the ICC Cricketer of the Year at the ICC Awards on Thursday. Kohli was also named the ICC ODI Cricketer of the Year and captain of both ICC Test and ODI teams. Not only this, the Indian Skipper went pass through some records which lead him to get these honours. These records are: 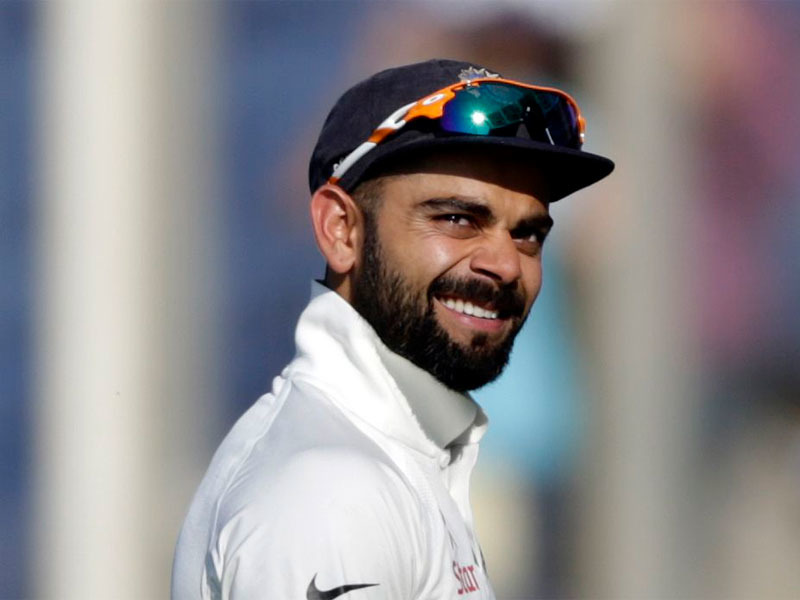 Listen to what he has to say on being honoured with the awardshttps://t.co/47ypVcT6Je pic.twitter.com/6sWIZsQWT7

At the age of 29, he has already scored 32 ODI centuries and has his hero Sachin Tendulkar’s all-time record of 49 well and truly in his sights. It is surely just a matter of time before he surpasses the Little Master, particularly if he keeps churning out runs as he did in 2017. pic.twitter.com/GAfGQY8wbd

The 29-year-old Kohli thanked the ICC for recognizing his performances last season.

Australian captain Steve Smith claimed the Test Player of the Year honour after scoring 1875 runs in 16 matches at an average of 78.12, with eight hundreds and five 50s.

In the nominations for ODIs, Kohli was placed nominated alongside Pakistan paceman Hasan Ali, Afghanistan leg-spinner Rashid Khan and his own teammate Rohit Sharma.

Chahal was named Player of the Match and Player of the Series for his performance — the best by an Indian bowler in T20I history, and the third-best of all time.

He is behind only Sri Lanka’s Ajantha Mendis, who took 6/8 and 6/16 against Zimbabwe and Australia respectively. Afghanistan’s Rashid Khan was adjudged ICC Associate Cricketer of the Year after taking 60 wickets in 2017 — a record for an associate player in a calendar year — and 43 in ODIs, also a record.