Top seeds Rohan Bopanna and Divij Sharan notched up their maiden men’s doubles gold medal at the Asian Games by beating Aleksander Bublik and Denis Yevseyev of Kazakhstan 6-3 6-4 in 52 minutes. Less than 20 minutes into the match, the Indians were 4-1 ahead, breaking Bublik and Yevseyev at the very first opportunity they got.

In no time, the top seeds were serving for the set with a 5-3 lead and Bopanna’s booming serve wrapped it up in style for them. In shooting, Heena Sindhu took home the bronze in women’s 10m Air Pistol final after Manu Bhaker was eliminated. Earlier, India started their Asian Games 2018 Day 6 campaign with a bang by winning a gold and two bronze medals in rowing. The day started with Dushyant winning bronze in men’s Lightweight Single Sculls.

This was followed by another bronze with Rohit Kumar and Bhagwan Singh finishing third in men’s Lightweight Double Sculls. Following that, the the Indian team of of Sawarn Singh/Dattu Bhokanal/Om Prakash/Sukhmeet Singh won gold in men’s Quadruple Sculls to add to India’s gold medal tally. (MEDAL TALLY) 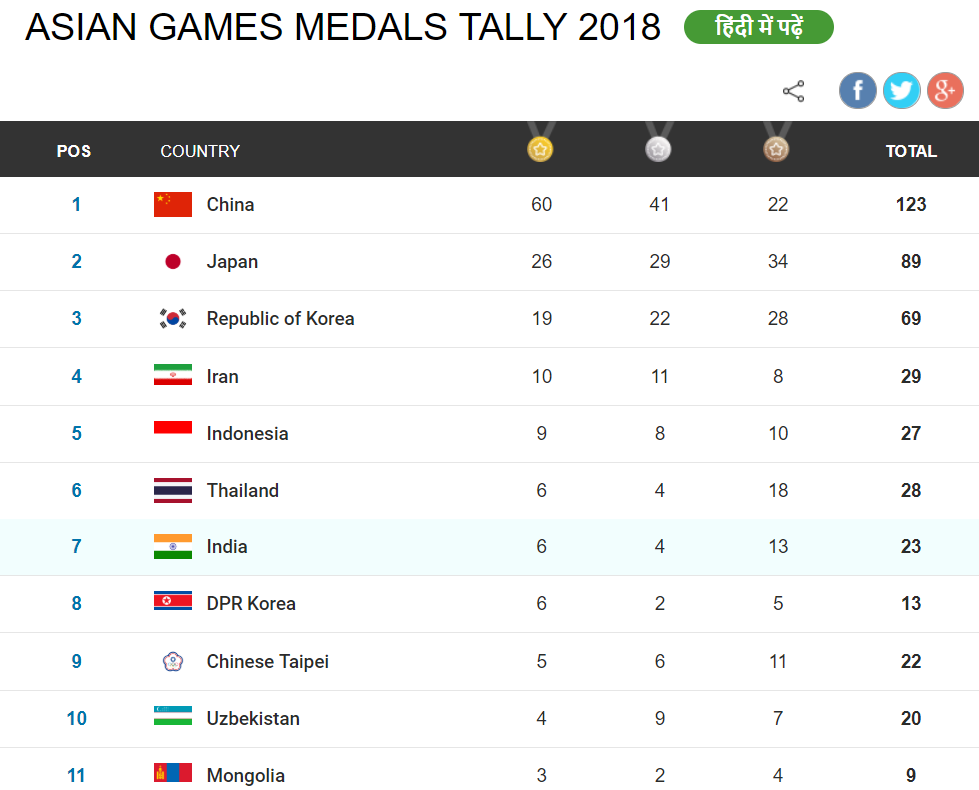 First doping case of Asian Games 2018 | Meanwhile, A Turkmenistan wrestler became the first doping case at the Asian Games and has been disqualified, the Olympic Council of Asia said. Rustem Nazarov tested positive for the banned substance furosemide, a masking agent, in a pre-tournament urine test last week.

Nazarov “has been disqualified from the 18th Jakarta-Palembang Asian Games 2018… and his results during the competition held on the 19th August annulled”, a statement said. The athlete, 24, had competed in the men’s 57kg freestyle event and was defeated in his first match by India’s Sandeep Tomar.